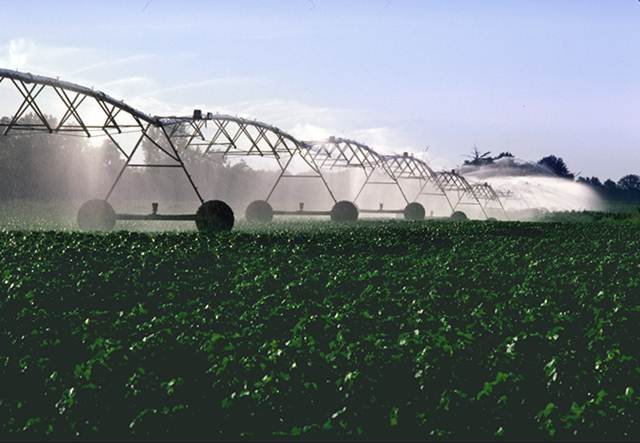 St. Gallen, November 2011. A water secure world is the key in order to achieve the Millennium Development Goals. Neither food or energy security, nor economic growth will be sustainable if water is not managed well[fn]ResponseAbility Alliance (2011): THIRST Things First. Online: http://www.responseabilityalliance.com/html/thirst_things_first.html (last access: 11.08.2011).[/fn].

In July 2010 the UN General Assembly declared the access to safe and clean drinking water and sanitation as a human right[fn]United Nations (2011): Water for Life. Online: http://www.un.org/waterforlifedecade/human_right_to_water.shtml (last access: 09.08.2011).[/fn]. Due to climate change and growing population, demand for water is growing and it is now more often handled as a commodity, than as a human right[fn]Barlow, M. (2008): Life, Liberty, Water. In. YES!, Summer 2008. Online: http://www.yesmagazine.org/issues/a-just-foreign-policy/life-liberty-water (last access: 27.07.2011).[/fn]. Without water, life on earth would not exist; it is indispensable in various domains. Water plays a big role as renewable resource in not only energy production but also in agriculture. Water is used in many different ways in industry: for heating and cooling, as a solvent or as raw material. For growing economies, water is essential as it is a necessity for any form of urban life, such as drinking water, drainage or irrigation[fn]UNESCO (2009): The United Nations World Water Development Report 3 – Water in a changing world. Online: http://www.unesco.org/water/wwap/wwdr/wwdr3/ (last access: 26.07.2011). [/fn]. Water efficiency plays a big role in economic, social and environmental issues.

Most of the water on Earth is found in the ocean, a staggering 97%, while only 3% is found in freshwater. The biggest part of freshwater – almost 70% – is held in glaciers and icecaps. The other 30% of it is ground water. Only a very small percentage of freshwater (0.3%) is contained in surface water i.e. rivers and lakes[fn]U.S. Geological Survey (2011): Earth’s Water Distribution. Online: http://ga.water.usgs.gov/edu/waterdistribution.html (last access: 16.06.2011). [/fn].

An amount of 1.4 billion km3 water exists on earth. Since most of earth’s water is contained in oceans and the majority of freshwater is not easily accessible, only about 200,000 cubic kilometers of freshwater are usable for ecosystems and humans which is less than 0.01% of all water on earth[fn]UNEP (2008): Vital Water Graphics. Online: http://www.unep.org/dewa/vitalwater/article5.html (last access: 26.07.2011). [/fn]. The amount of water on earth does not change, but its quality does and we are responsible to not pollute earth’s water until it gets unusable for us and the planet[fn]Clarke, T.; Barlow, M. (2003): The Battle for Water. In: YES!, Winter 2003-4. Online: http://www.yesmagazine.org/issues/whose-water/the-battle-for-water (last access: 27.07.2011).[/fn]. Agriculture, sewage (mainly from urban areas) and atmospheric deposition are main polluters in freshwater and oceans. One of the problems in oceans are corals. Corals are very sensitive ecosystems therefore they can suffer from diseases, declined growth and reproduction due to pollutants[fn]National Oceanic and Atmospheric Administration (2010): Coral Reef Conservation Program – Pollution. Online: http://coralreef.noaa.gov/threats/pollution/ (last access: 05.05.2011).[/fn]. Coral reefs are home to various organisms, such as sea turtles, jellyfish and shrimps, hence any harm to the corals would have a direct and threatening effect on such organisms[fn]U.S. Environmental Protection Agency (2011): Coral Reef Protection. Online: http://water.epa.gov/type/oceb/habitat/coral_index.cfm (last access: 02.05.2011). [/fn].

Furthermore, another big problem in oceans is marine debris. Wildlife is threatened by it and often even dies because it either mistakes the plastics for food or gets itself entangled in the lump of plastic. An average of over 330,000 pieces of plastics per km2 have been collected in the great pacific garbage patch[fn]Greenpeace (2006): Plastic Debris in the World’s Oceans. Online: http://www.greenpeace.org/international/en/publications/reports/plastic_ocean_report/ (last access: 02.05.2011).[/fn].

However, in freshwater, eutrophication is the most common problem. Almost 90% of biotopes in the Baltic Sea were threatened in 1998 due to reduction of area and quality caused by pollution and eutrophication[fn]UNESCO (2009): The United Nations World Water Development Report 3 – Water in a changing world. Online: http://www.unesco.org/water/wwap/wwdr/wwdr3/ (last access: 26.07.2011).[/fn]. Another problem in freshwater is oxygen depletion, but it occurs as well in coastal areas, e.g. the “dead zone” in the Gulf of Mexico. It is known that approximately one billion people do not have access to safe sources of drinking water and more than the double – 2.5 billion people – live without improved sanitation[fn]United Nations (2008): The Millennium Development Goals Report. Online: http://mdgs.un.org/unsd/mdg/Resources/Static/Products/Progress2008/MDG_Report_2008_En.pdf (last access: 30.07.2011).[/fn]. As water is crucial to food production, drought/lack of water can cause severe famines, as in the Horn of Africa at present. Stream-flow modifications, e.g. damming, also cause social problems as the example in Bangladesh shows. There the livelihoods and nutrition of up to 30 million people have declined because of stream-flow modifications[fn]UNEP (2007): Global Environment Outlook 4 – Water. Online: http://www.unep.org/geo/GEO4/report/GEO-4_Report_Full_en.pdf (last access: 04.08.2011). [/fn]. Water can also cause political conflicts, especially in arid areas such as the Jordan River Basin.

Demographic changes are closely linked to the future development of water use. World population is expected to reach 9 billion by 2050[fn]United Nations (2011): The World Population Prospects – The 2010 Revision, Press Release. Online: http://esa.un.org/unpd/wpp/Other-Information/Press_Release_WPP2010.pdf (last access: 10.08.2011).[/fn] and increased water use will come along. Firstly, the fact that world’s food production needs to double to meet future food demand[fn]Global Water Partnership (2010): The Urgency of Water Security. Online: http://www.gwp.org/en/The-Challenge/The-Urgency-of-Water-Security/ (last access: 11.08.2011).[/fn] will enhance water demand significantly, because agriculture accounts for about 70% of global water withdrawal[fn]FAO (2011): Aquastat – Water use. Online: http://www.fao.org/nr/water/aquastat/water_use/index.stm (last access: 11.08.2011).[/fn]. Secondly, it is estimated that 70% of the world population will live in cities by 2050[fn]United Nations (2009): Economic and Social Council – World Demographic Trends. Online: http://www.un.org/News/Press/docs/2009/pop970.doc.htm (last access: 11.08.2011).[/fn], which raises the need for sound management of urban waste and water.

Water management is the key in all areas of development, whether this is food security, poverty reduction, or economic development.

WRF Resource Snapshot (7) has been compiled by Riccarda Sutter. She would greatly appreciate corrections, suggestions or other remarks, which could improve this document. Suggestions for which other resources to choose are also welcome. Riccarda can be reached at info@worldresourcesforum.org.