Friedrich Schmidt-Bleek: 3 visionary ideas that changed how we think about sustainable resource use 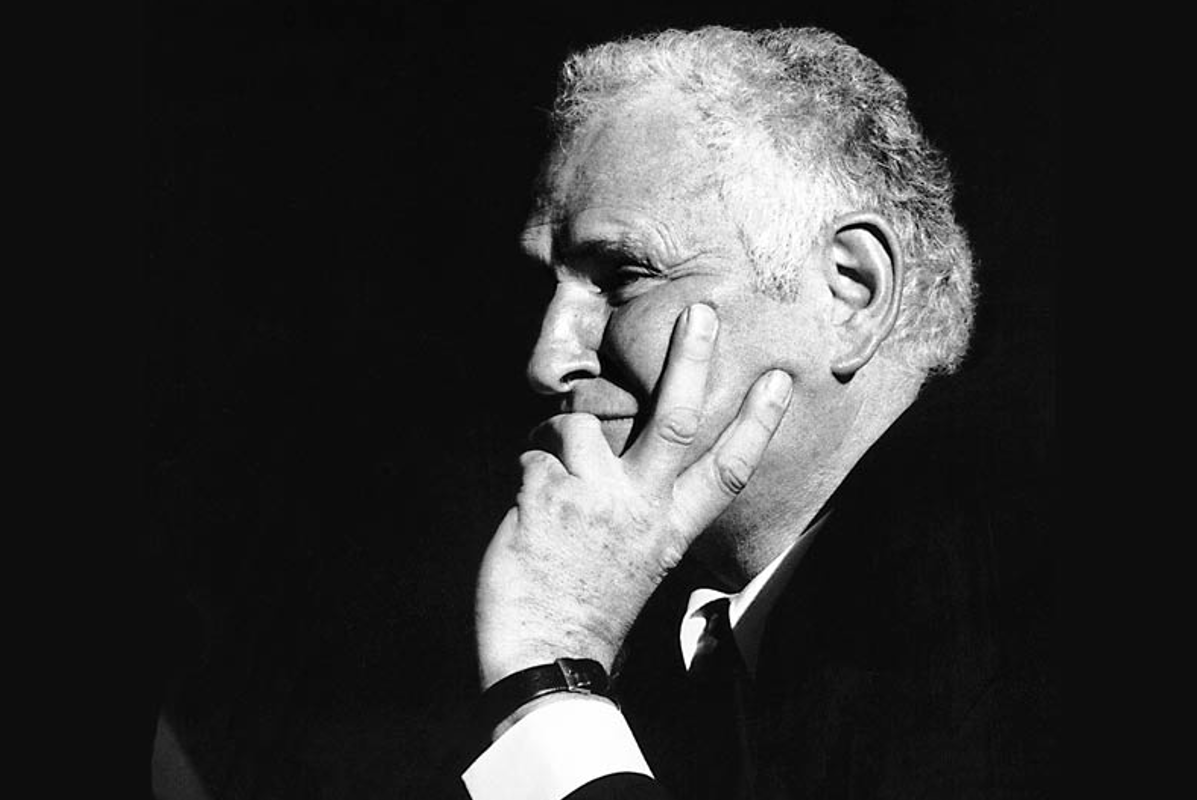 Known as the ‘father of dematerialization‘ and the inventor of the ‘Ecological Rucksack‘ (‘Ökologischer Rucksack’) and ‘Resources Turnaround‘ (‘Ressourcenwende‘), Friedrich Schmidt-Bleek (1932-2019) has represented a pioneering voice able to profoundly shape the global environmental debate.

The common denominator of his long and rich career has been a visionary and well-detailed advocacy for a radical transformation of patterns of global resource use in the pursuit of sustainability. Having identified the technical and economic root causes for the current state of unsustainability – low resource efficiency and relentless economic growth powered by ‘cheap nature’, respectively – Schmidt Bleek’s ideas have outlined new avenues for economic, social and technical innovation to satisfy people’s needs with much less input of natural resources. The legacy of this world-class scientist and sustainability giant is a systemic paradigm shift offering new forms of wellbeing thanks to both technical eco-efficiency and socio-cultural change.

Three visionary ideas: the Ecological Rucksack, Factor 10 and the Material Intensity per Unit of Service (MIPS)

To single three ideas out of such a rich repertoire is certainly not an easy task. Here we present three ideas that had a profound effect on sustainability thinking and with a strong potential to influence the practical implementation of sustainability for policy-makers, businesses and citizens.

As stated by Schmidt-Bleek, these ideas were developed ‘to make sure that we can produce wealth for all the people on this planet and still live in peace with nature’.

“A radical reduction of the material throughput in ‘advanced countries’ is imperative during the coming decades. In order to reliably achieve the necessary dematerialization, decision-makers in politics and business, but also the consumers, need valid, understandable and internationally compatible indicators about the relative resource intensity of goods and services, because one can hardly manage that which cannot be measured and compared” (Schmidt-Bleek, 1992).

The Ecological Rucksack: visualising the resource intensity of products

The concept of the Ecological Rucksack was first published in 1994 as part of the broader framework of the Material Input per service unit, a measurement of the resource intensity of products and services. The ecological rucksack is the total amount of natural material input necessary for moving from cradle to the point of sale of a specific product, minus the weight of the product itself.

It therefore acts as a symbolic representation of the amount of resources used in production, use and disposal of a product or service. In most cases, the ecological rucksack of a product is much heavier than the product itself. When this is the case, Schmidt-Bleek would say that ‘the heavy investment on nature is not utilised intelligently‘. Typically, in fact, less than 5% of material resources taken from nature end up in products. The remaining 95% of these material resources end up in the ecological rucksack of a product.

How heavy is the ecological rucksack of some everyday goods? Some typical values are a factor 5 for plastics (i.e. 5 kg of resources are required for 1 kg of plastics), factor 15 for paper, factor 85 for aluminium and factor 500 for copper. A smartphone carries a rucksack of 70kg, 600 times its own weight. The bigger the ecological rucksack, of course, the lower the resource productivity.

“For producing a product, you need material from nature and you need energy. At each stage from the cradle of nature to the final product, wastes are produced. That’s what I call the ecological rucksack. Rucksacks tend to be 30 times heavier than the product itself. That is thoughtless, immoderate and – from a technical point of view – unnecessary plundering of our planet” (Schmidt-Bleek, 1994).

Material Intensity per Unit of Service: a new measure for environmental stress intensity

The Material Intensity per Unit of Service (MIPS) is a measure for environmental stress intensity of goods and services, taking into account their entire life-cycle from cradle to cradle. Applicable to service-yielding final goods, it provides a measure of material consumption per unit service.

The example of a washing machine, a service-yielding good, will help us see how MIPS works in practice. The service unit in this case is one wash. If the washing machine has material inputs of 500 kg (for all the processes required during its life-cycle) and is used for 500 service units (i.e. washes) during its life, then the MIPS of this washing machine is 1kg. From this, we can see that the higher the MIPS, the less the ‘eco-efficiency’ of a service-delivering machine. In case of non-reusable packaging material or throwaway products, the MIPS is simply equal to the aggregate amount of materials for all processes, because the service unit is one.

“Dematerializing an economy does not mean going back; it means progress, as such as development would not be possible without concomitant technical improvements. We can refer to this as a technical approach to a sustainable economy” (Schmidt-Bleek, 1994)

With the MIPS, Schmidt-Bleek aimed at creating an indicator that would be scientifically defensible and able to measure the environmental stress of a product in a simple way, despite the complexity of the factors involved. This measure distinguishes between the processes of manufacturing, using, repairing, reusing, collecting, sorting and disposing. The longer the life time of a product, the lower the MIPS will become, on average. As a simple indicator trying to capture very complex interlinkages, Schmidt-Bleek recognised the limitations of MIPS. However, still today, the MIPS helps us visualising the need and opportunities for dematerialization very clearly.

Factor 10: the target for dematerialization in affluent economies

Having created a measure for resource intensity and a clear way to visualise the opportunities for dematerialization, Schmidt-Bleek went one step forward to estimate the magnitude of dematerialization required in high-income countries in order to maintain a stable ecosphere. This is the Factor 10. That is, Schmidt-Bleek argued that we must dematerialize western, affluent economies by an average factor of 10, if they are to be sustainable. This reduction of material throughput in the west would allow the ‘poorer’ nations to claim their fair share of resources, while diminishing the worldwide total flow of natural resources and restabilise the biosphere.

“This is a basically simple idea: first we need to create our wealth and wellbeing with far less natural resources than hitherto the case. Technically, this is achievable through systems innovation without losing end use satisfaction. The achievement of this target, however, requires intensive changes in culture and institutional structure as well as technology” (Schmidt-Bleek, 1994).

Schmidt-Bleek believed that a tenfold improvement of resource productivity is economically and ecologically necessary, and technically possible. This is outlined in his last publication, which is calling for a resources turnaround, ‘Ressourcenwende‘ (Schmidt-Bleek, 2o21).

Friedrich Schmidt-Bleek’s career has been marked by an impressive number of achievements and prestigious positions. From 1992 to 1997, he headed together with Ernst Ulrich von Weizsäcker the Wuppertal Institute for Climate, Environment and Energy. Furthermore, Schmidt-Bleek’s career included functions at the German Federal Environmental Agency (UBA) in Berlin, and as leader of the OECD Chemicals Division in Paris. Friedrich was founder and director of the Factor 10 Institute. Through his ground-breaking ideas, he has strongly contributed to the mission and ideas of WRF – also through its multiple addressed to WRF conferences – and has been a driving force to ensure that sustainable resource management is at the top of the sustainability agenda for governments, companies and citizens. At the World Resources Forum 2011 in Davos, Friedrich Schmidt-Bleek was  proposed as Honorary President of the World Resources Forum Association, which was to be founded in 2012.