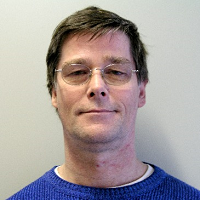 Rudolf Struis received his M.Sc. degree in natural sciences (1st subject: Physical chemistry; 2nd subject: Experimental physics, 3rd subject: Informatics) from the University in Leiden in the Netherlands in 1980. From the same university he received his Ph.D. in chemistry in 1988 based on his work in the field of nuclear magnetic resonance in electrolyte solutions. Between 1987 and 1989 he was academic researcher in the field of water-soluble paints in the frame of a national program between Dutch universities and the painting industry. Between 1989 and 1991 he was post-doctoral researcher in the field of nanodroplet-ABA block copolymer structures at the Institute for Physical Chemistry of the University of Basel (Switzerland). In 1992 he joined the General Energy Research department (ENE) at the Paul Scherrer Institut, where he was active in the field of renewable energy regarding methanol synthesis, membrane reactor, random pore model, gasification of contaminated and uncontaminated charcoal, perovskite analysis, etc. Till today, he is senior scientist in the group of Chemical Processes and Materials (CPM) in the Laboratory for Bioenergy and Catalysis (LBK) in the ENE department at PSI. More recent work also involved synchrotron X-ray absorption spectroscopy studies in the fields of renewable energy and waste treatment, e.g., heavy metal separation from fly ash, poisoning of Ni-based methanation catalysts by sulphur and carbon, sulphur speciation of wood year rings, redox dynamics of sulphur in a low SOFC during operation at mid- and low-range temperatures. Momentarily, he is project leader and labour coordinator at PSI for the REE-recycling project. The project is supported by the Swiss Federal Office of the Environment (FOEN).