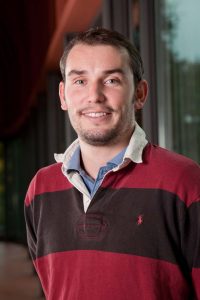 Dr. Ian Vázquez-Rowe graduated in Biology in 2006 at the University of Texas at Arlington. He then continued his graduate studies in Environmental Engineering at the University of Santiago de Compostela – USC (2006-2008), with a short Erasmus period at the University La Sapienza in Rome where he developed his master thesis. In October 2008 he initiated his research career at USC, where he obtained his PhD in Chemical Engineering in July 2012. From January 2012 to December 2013, Dr. Vázquez-Rowe has been continuing his research career as an Environmental Evaluation & Management R&D Engineer at Centre de Recherche Public Henri Tudor – CRP-HT (now LIST, in Luxembourg). Currently, Dr. Vázquez-Rowe is an Associate Professor at the Department of Engineering at the Pontificia Universidad Católica del Perú. He has participated in numerous research projects at a European, Spanish, Galician, Luxembourgish and Peruvian level, as well as recent projects with UN Environment. Dr. Vázquez-Rowe has published over 80 articles in international journals, including Applied Energy, Energy, Science of the Total Environment or Water Research. Currently, he is also the editor for Ocean Resources and Marine Conservation at the International Journal of Life Cycle Assessment.