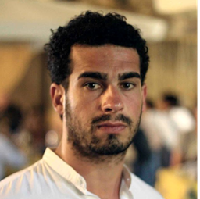 Emanuele Massaro is a Postdoctoral Researcher at the Ecole Polytechnique Fédérale de Lausanne. His research interests span the areas of network science, multilayer systems, epidemic modeling and big data analytics. He received both his Bachelor (2006) and his Master (2009) in Environmental Engineering from the University of Florence.  He then received my Ph.D. in Complex Systems and Nonlinear Dynamics in 2014 from the Dept. of Information Engineering and Dept. of Physics and Astronomy at the University of Florence. After defending his PhD thesis, he joined the Dept. of Civil and Environmental Engineering Carnegie Mellon University as a Postdoctoral Associate (March 2014), working jointly with the Risk and Decision Science Team of US Army Corps of Engineer. His main contribution was to merge the concept of resilience, as defined in the field of engineering with standard epidemiological models, with the goal of quantifying the resilience of large scale epidemic outbreaks. From 2014 to 2016 he has been employed as Postdoctoral Research Fellow at the SENSEable City Lab at the Massachusetts Institute of Technology. In this role, he was focused on fundamental and applied research that relates to quantifying, modeling and predicting human behavior within urban environments. More broadly, he worked in a highly collaborative fashion with the lab’s multidisciplinary team, external research groups and industrial partners on topics including mobility, social interactions, economic activity and epidemic modeling. http://www.emanuelemassaro.com/bio.html