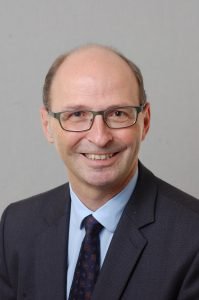 Marc Chardonnens (born in 1960) has been Director of the Federal Office for the Environment since April 2016. He is chairperson of the Executive Management of the FOEN and directly responsible for the International Affairs and Communication Divisions.

Between 1987 and 1995 Marc Chardonnens worked as a scientific assistant at the then Swiss Agency for the Environment, Forests and Landscape (SAEFL) and was Director of the SAEFL’s Municipal Waste/Waste Treatment Systems section from 1995 to 2004. From 2004 to 2016, he was Director of the Department of the Environment at the canton of Freiburg‘s Directorate of Spatial Planning, Environment and Construction (Raumplanungs-, Umwelt- und Baudirektion). In this capacity, he also acted as Chair of the Conference of Heads of Environmental Protection Services (Konferenz der Vorsteher der Umweltschutzämter, KVU) from 2011 to 2015.

Marc Chardonnens has been involved in various mandates in the area of environmental protection and waste management at intercantonal level. Through these activities he has gained an in-depth knowledge of policy processes, the federal and cantonal administration, and economic and ecological conditions in Switzerland.

The Federal Council appointed him as the new Director of the Federal Office for the Environment FOEN on 27 January 2016.