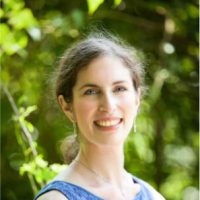 Dr. Jennifer F. Helgeson is an economist in the Applied Economics Office of the Engineering Laboratory (EL) at the National Institute of Standards and Technology (NIST). She currently leads the office’s work on the “Economics of Community Resilience Planning.”

Dr. Helgeson began working as an intern in the Applied Economics Office (AEO) during Summer 2002 following her senior year in high school. She continued to work over school breaks in the AEO while earning her B.A. and M.S. degrees. In the past, Jennifer was a researcher at the Centre for International Climate and Environmental Research, Norway and the Organization for Economic Co-operation and Development, France. She took a full-time position in the AEO starting in Fall 2007.

Jennifer is primarily interested in economic analyses that consider behavioral aspects and approaches to dealing with environmental issues.  She spends the majority of her time working on the AEO’s Community Resilience project, looking at resilience to hazards in the built environment, with consideration for cost-effectiveness of community- scale mitigation and adaptation efforts.

She has also previously contributed to work on the Building for Economic and Environmental Sustainability (BEES) approach.