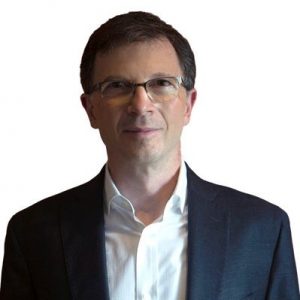 Gary Litman is Vice President for Global Initiatives at the U.S. Chamber of Commerce, where he is primarily responsible for the Chamber’s policy advocacy related to the economic reform agenda of G20, G7 and international financial institutions. He leads the Chamber’s participation in a range of global business coalitions, and related business summits focused on the on-going transformation of the framework of global finance, sustainability and development. In this capacity he manages the policy work by the Chamber’s G20 task force, Global Resource Efficiency Task Force and engagement with such institutions as the Financial Stability Board, UN Environment, International Organization of Security Commissions, the World Bank Group and the IMF.

Litman previously served as the Chamber’s vice president for Europe and Eurasia. In that role, he managed all the programs, and staff working on transatlantic relations both in Washington and in Brussels, as well as project-specific consultants working in EU, Central Asia and Russia. He has established the Chamber as one of the most influential business institutions on European affairs, a credible sounding board for government officials and media, and a valuable tool for member companies. He also managed the Chamber’s extensive relationship with the American Chambers of Commerce in 42 countries and various advocacy initiatives with major business organizations in key members of the European Union. As part of the Europe and Eurasia programs, Litman initiated a number of targeted projects related to intellectual property protection, science cooperation, and regional transport and security mechanisms in Eurasia. Prior to becoming vice president, Litman served as executive director of the Chamber’s bilateral business councils with Hungary, Poland, Czech Republic and Romania, working closely with the executives of the first wave of investors in these markets, and with the international financial institutions such as the European Bank for Reconstruction and Development. As one of the Chamber’s strategic initiatives, Litman managed the US-Russia business dialogue with Russian business organizations. He is a frequently quoted authority on G20 policies, as well as U.S. business interests in Europe and Eurasia. The Federal Republic of Germany recognized Gary Litman with its Friendship Award, and the Ministry of Foreign of Affairs of Bulgaria awarded him its 2004 centennial commemorative medal. He is a member of the World Policy Conference, Paris; the Advisory Board of Madrid’s Real Colegio Complutense at Harvard Executive Program, and the World Economic Forum Expert Community.

Before joining the Chamber in 1995, Litman was an attorney with International Business Division of Stewart and Stewart in Washington, D.C., specializing in international trade policy and transactions.

A native of Moscow, Russia, he received his J.D. from George Washington University’s National Law Center in Washington, D.C. where he was the first J.D. student from the post-Soviet Union nations, and member of the law school’s prestigious Journal of International Law and Economics editorial board.