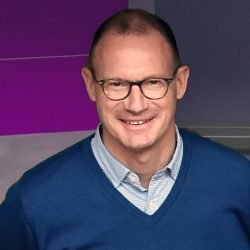 Daniel Weston is General Counsel & Global Head of Corporate Affairs and Creating Shared Value (CSV) at Nestlé Nespresso SA, Switzerland, the worldwide pioneer and reference in premium portioned coffee. He is also Chairman of the Board of the Aluminium Stewardship Inititative, which fosters greater sustainability and transparency throughout the aluminium industry, as well as Board and Investment Committee member of the Nestlé Pension Fund.

Daniel joined Nespresso in April 2011, bringing a strong background in antitrust, licensing and intellectual property enforcement. He also has commercial management experience, having previously led a small lifescience business as well as negotiated major life science deals as the business lead. Prior to joining Nestlé in 2007, Daniel worked for Novartis (in both its pharmaceuticals and consumer health businesses) and Johnson & Johnson, following an early career with law firms in the City of London. He also spent 9 months working with a medical and educational NGO in Rwanda after his legal studies.

Daniel is a British citizen, a Solicitor of the High Court of England & Wales and a CEDR accredited mediator. He is a graduate of Leicester University and Guildford Law School in the UK, and received his business management training from Vlerick Management School in Belgium.