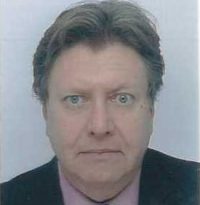 Mr. Vasilyev has almost 30 years of experience with the United Nations. From 2003 to 2006, Mr. Vasilyev was the Director of UNECE’s Technical Cooperation Unit.

Before joining the UNECE Secretariat, he worked as a Senior Programme Officer for the Department of Economic and Social Affairs (DESA) in New York which he joined in 1993.

From 2001 until September 2002, Mr. Vasilyev was also the Principal Coordinating Officer in the Secretariat of the 2002 World Summit on Sustainable Development held in Johannesburg. He joined the United Nations in 1992 as an advisor for the Secretariat of the United Nations Conference on Environment and Development, which took place in Rio de Janeiro Brazil in June 1992.

Prior to his work for the United Nations he worked for the Permanent Mission of the USSR (Russian Federation) to the United Nations in New York where he was an advisor and negotiator on various economic and environmental issues, from 1987 to April 1992.

A graduate of the Moscow State University, Department of Economics, Mr. Vasilyev joined the Department of International Economic Organisations of the Ministry of Foreign Affairs of the USSR in Moscow in 1983.

Back to the WRF 2017 Plenary Speakers
Session 1Damien Giurco