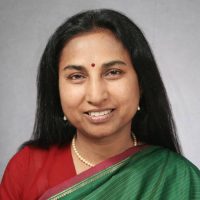 Bina Agarwal is Professor of Development Economics and Environment at the University of Manchester, UK. Until recently she was Director of the Institute of Economic Growth, Delhi University. She is also President of the International Society for Ecological Economics. Educated at the Universities of Cambridge and Delhi she has lectured worldwide and held distinguished positions at many universities, including Harvard, Princeton, Michigan, Minnesota (where she held the Winton Chair), and the NYU School of Law. She was Harvard’s first Daniel Ingalls Visiting Professor, and later a Research Fellow at the Ash Institute, Kennedy School of Government. Agarwal has been Vice-President of the International Economic Association, President of the International Association for Feminist Economics, on the Board of the Global Development Network, and a member of the Commission for the Measurement of Economic Performance and Social Progress, chaired by Nobel Laureate Joseph Stiglitz. She served two terms on the UN Committee for Development Policy and is on the editorial boards of many international academic journals. She holds honorary doctorates from the Institute of Social Studies in the Netherlands and the University of Antwerp in Belgium.Bina Agarwal’s research is both theoretical and empirical in scope, with a particular focus on the most disadvantaged. An economist with a keen interest in interdisciplinary and intercountry explorations, her publications include nine books and over seventy-five professional papers on subjects such as land, livelihoods and property rights; environment and development; food security; the political economy of gender; poverty and inequality; law; and agriculture and technological change.Among her best known works is A Field of One’s Own : Gender and Land Rights in South Asia (Cambridge University Press, 1994) which was awarded the A.K. Coomaraswamy Book Prize 1996; the Edgar Graham Book Prize 1996; and the K. H. Batheja Award 1996. The jury of the Edgar Graham prize called it ‘a superb analysis’, ‘a classic landmark work of reference’ and a ‘lasting milestone’. In 2002 she received the Malcolm Adhiseshiah award for distinguished contributions to Development Studies, and in 2005 the Ramesh Chandra award for “outstanding contributions to agricultural economics”. Her writings placed the issue of women’s land rights centrally on the agenda of governments, civil society groups, and international agencies. In 2005, she also catalyzed a successful campaign for the comprehensive amendment of Hindu Inheritance law in India to make it gender equal.

In her latest book, Gender and Green Governance (Oxford University Press 2010), Agarwal explores the impact of women’s presence on forest governance and conservation. Nobel Laureate Elinor Ostrom endorses the book as follows: ‘Bina Agarwal has crafted a book of central importance in today’s world. … With analytical rigour and originality, Agarwal bridges major gaps in our understanding of the difference women can make, when they are actively involved in forest governance.’

In 2008, Agarwal received a Padma Shri from the President of India for her contributions to education; and in 2010 the Leontief Prize from Tufts University ‘for advancing the frontiers of economic thought.’

Back to the WRF 2017 Scientific Committee
Jean AcquatelaProf. Helga Weisz