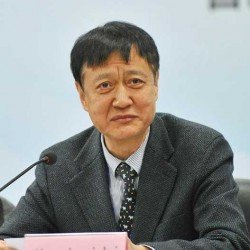 After returning to China in 1990, he served as assistant professor, associate professor, professor, vice director and director of IPE in succession. In February 2004, he was appointed a vice president of CAS. Prof. Li established the Energy-Minimization Multi-Scale (EMMS) model for gas-solid systems. The model has been extended to many different complex systems, and generalized into the EMMS paradigm of computation featuring the structural similarity between problem, modelling, software and hardware, which has been implemented by constructing a supercomputer with capacity of 1 Pflops and has been used widely in chemical and energy industries. He is also engaged in the research of clean coal technology.

He is the vice chairman of China Association of Science and Technology, the president of the Chinese Society of Particuology, the vice president of the Society of Energy Research. He sits on editorial committees or international advisory boards for several international periodicals, such as Powder Technology, Advances in Chemical Engineering and Chemical Engineering Science, and holds memberships from CAS (Chinese Academy of Sciences), TWAS (The Academy of Sciences for the Developing World) and STWA (Swiss Academy of Engineering)，Fellow of the Royal Academy of Engineering (RAEng). Jinghai received a variety of prizes and honours, both national and international, including Particle Technology Forum Award from AIChE(2010), Medal Lecture Award from the Academy of Sciences for the Developing World (2012), Hongkong Qiushi Young Scientist Prize (1996), two National Natural Science Awards (1989, 1995) and Young Scientist Prize(1996) in China, a Technology Innovation Prize from CAS (2001).