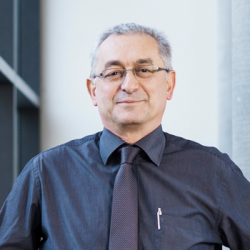 Bruno Oberle is president of the World Resources Forum Association since July, 2018.

Bruno Oberle studied biology and environmental sciences at the Swiss Federal Institute of Technology (ETH) Zurich, then completed additional education in political economy and pedagogy and did a doctorate at the ETH Zurich.