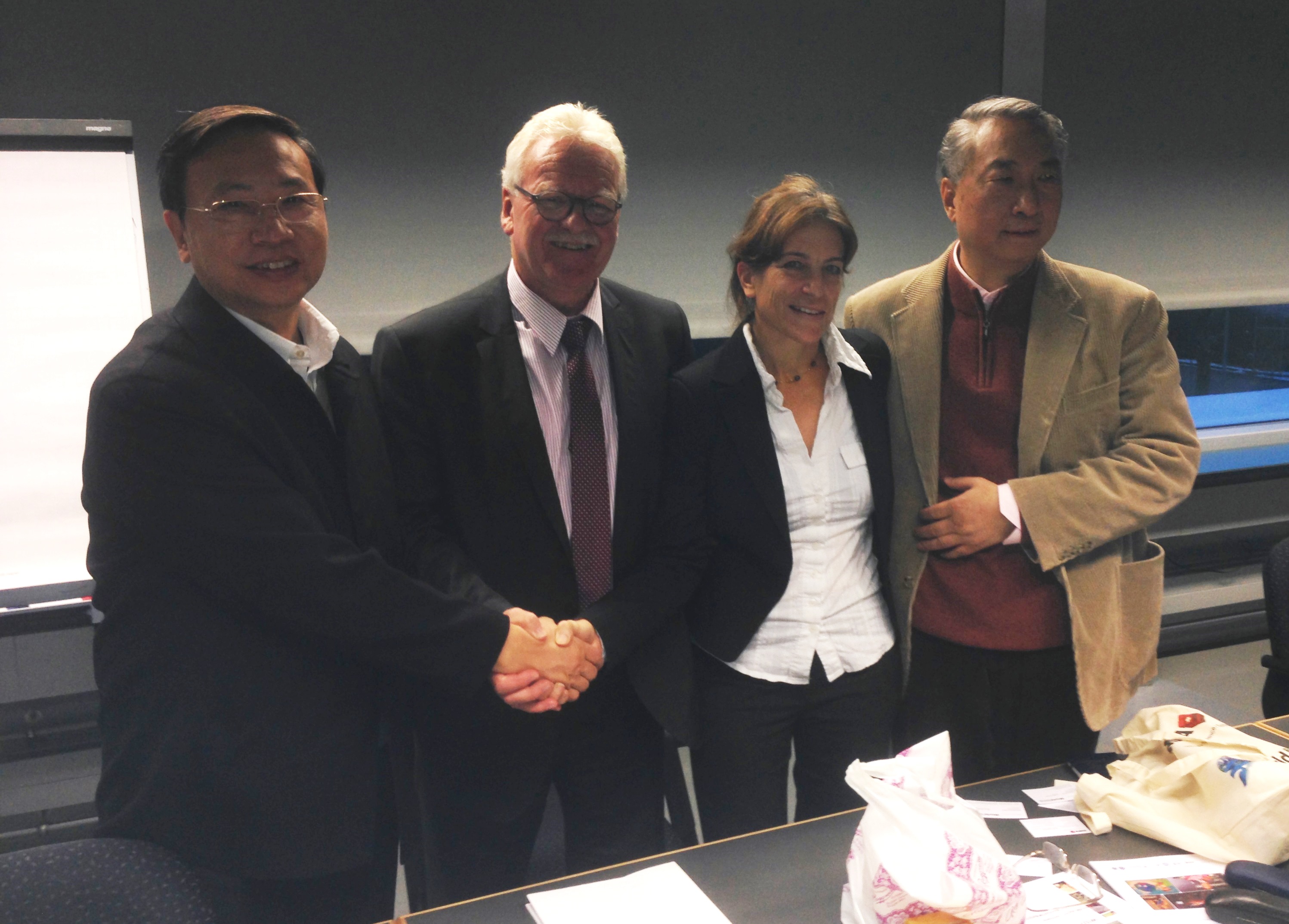 St. Gallen, 30 november 2013 WRF, IUCN and Eco-Forum Global want to join hands on promoting and facilitating discussions on resources and environment issues. The intention to work together was expressed during a visit of a delegation of the Chinese Eco-Forum Global and IUCN (International Union for Conservation of Nature) at the World Resources Forum’s Headquarters in St. Gallen. The Chinese delegation was invited to visit the WRF team by the Swiss Agency for Development and Cooperation (SDC). The initial contact between Chinese and Swiss authorities was launched at the last Eco-Forum Global 2013 in Guizhou, where the President of the Swiss Federal Council Ueli Maurer gave an opening speech.

After a meal in the old town of St. Gallen the Chinese delegation led by Mr. Zhang, President of IUCN, and Dr. Li, Senior Advisor of Guizhou Province, were introduced to the Empa activities by WRF President and former Empa Board of Directors member Xaver Edelmann. He reminded his guests that the collaboration between Empa/WRF and China has been ongoing since the 90ies, be it in form of projects (e.g. in e-waste) or through jointly organised conferences (Recycling conference in Beijing in 2005 (R’05), WRF 2012 in Beijing, organised together with CAS, the Chinese Academy of Sciences).

After an overview of WRF goals and activities by Martin Lehmann, Mr. Zhang presented the work of the Eco-Forum Global, the unique nature of the Guizhou province, and why it is so immensely important to look after resources and environment at a local and global level.

Dr. Jacqueline Schmid, responsible at SDC for the Chinese visitors, thanked all participants, and wished for a fruitful Chinese-Swiss collaboration.


SDC has been a key partner of the last three WRF conferences in Davos.