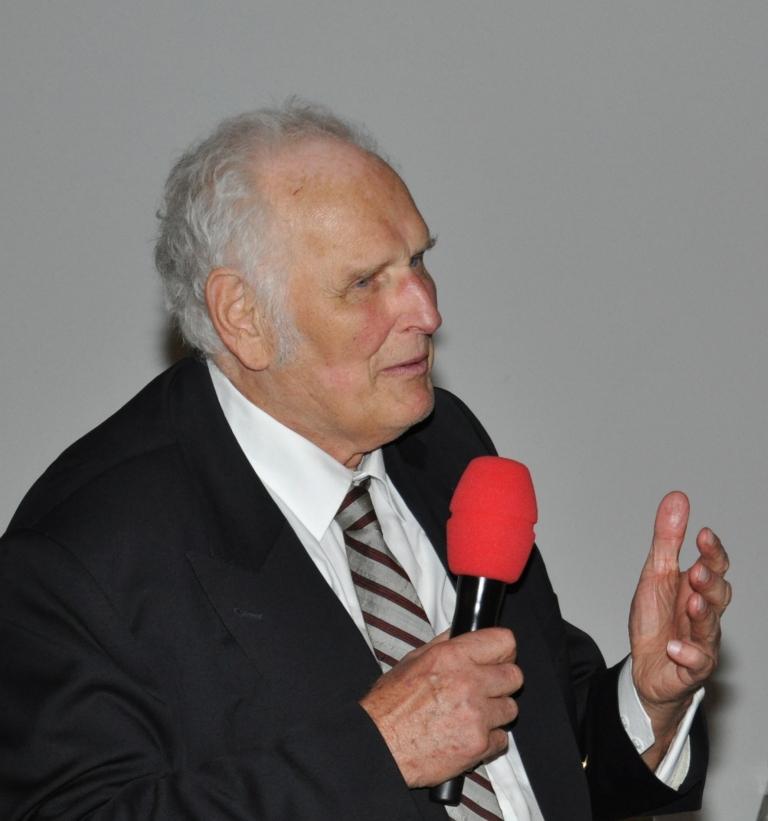 Carnoules, 16 July 2012 Prof. Friedrich Schmidt-Bleek is 80 years young today! We congratulate our Honorary President and great inspirator and wish him at least another 80 years of sharing his wisdom and wit with the world.

The father of dematerialisation Friedrich Schmidt-Bleek or “Bio” for his friends, is President of the Factor 10 Institute in Carnoules (France) and Honorary President of the World Resources Forum in Switzerland.

In his powerfull plenary speech at last year’s World Resources Forum, Davos, September 2011, he warned that “we are all prisoners of a civilisation that forces us to destroy the environment”.

“We need factor 10 by 2050 or else we will have missed the boat”, he stated, adding that 6-8 tons resources per capita would be a good precautionary approach, assuming the earth has 7 billion people. Politicians, said Schmidt-Bleek, are responsible for not taking appropriate action. See for more on his statement the Davos WRF 2011 meeting report (PDF download, page 12).

Bio’s impressive career included functions at the German Federal Environmental Agency (UBA) in Berlin, and the OECD in Paris. From 1992-1997 he led the Wuppertal Institute together with Ernst Ulrich von Weizsäcker, with whom he also won the Takeda World Environment Award in 2001.

By many called the father of dematerialisation Schidt-Bleek introduced in 1994 the concept of Ecological Backpack (Ökologischer Rucksack) and developed the so-called MIPS concept (Material Input pro Service Unit).