Sustainability, Circular Economy and the ‘Business of Subversion’ 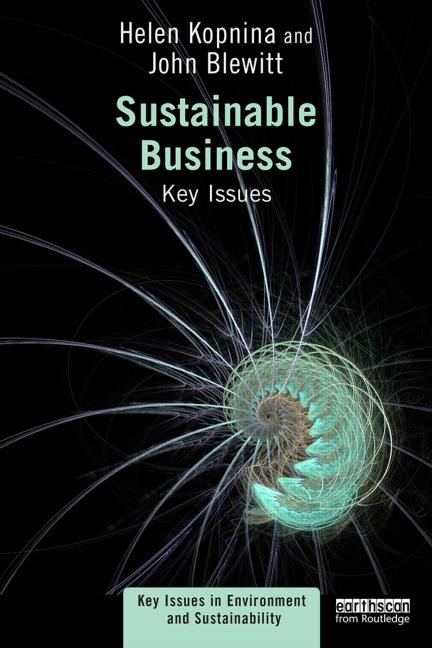 Sustainability, Circular Economy and the ‘Business of Subversion’

It is questionable whether the objective of balancing social, economic and environmental triad is feasible, and whether human equality and prosperity as well as population growth can be achieved with the present rate of natural degradation, as stated by many critical scholars such as William Rees or Ingolfur Blühdorn. The steady state economy (Herman Daly, Haydn Washington), ‘Cradle to Cradle’ (William McDonough and Michael Braungart), and the circular economy (Ellen MacArthur Foundation) models have been most critical of conventional models of production that seem to sustain the unsustainable.

These hopeful models share their commitment to measures that address unsustainable consumption and resource depletion, and require concrete action. Cradle to Cradle and circular economy frameworks draw on the understanding and appreciation of the natural systems and propose a radical re-evaluation of the methods of production, and the re-orientation toward a goal of a waste-free system. The application of this idea at an economic level has risen to prominence since the World Economic Forum and was propelled forward by the Ellen MacArthur Foundation. As an educational charity, the Ellen MacArthur Foundation promotes debate and discussion around the possibilities inherent in a transition from today’s predominately linear ‘throughput’ economy to one of ‘roundput’ economy.

The ideas of a circular economy were adopted by McDonough and Braungart. The idea behind their critique of the current system is that production remains linear, “cradle to grave” process. Cradle to Cradle framework criticizes ‘eco-efficiency’, stating that they enable the bad system to last longer.  Even the well-intentioned recycling leads to mostly ‘down-cycling’, where materials are reused to make products of lower quality. As the authors of ‘Cradle to Cradle’ (C2C) reflected, a bad thing should not be held in place by reducing its harm, or making the system more ‘efficient’ but by eliminating the harm  altogether.

Proponents of both circular economy and C2C support an endless cycle of materials that mimics nature’s nutrient cycles. These frameworks basically adhere to the ‘waste=food’ principle. This principle is well illustrated by the metaphor of the cherry tree, which produces ‘waste’ (berries and leaves) that actually serves as food for other species and soil. In production, only biodegradable materials (biological nutrients) and non-compostable materials (technical nutrients) should be used, so that a product can be disassembled and the two kinds of materials can be either left to disintegrate naturally or be reused without the loss of quality and energy for a different product. Inspired by such frameworks, some companies have noted that such models are in line with traditional ‘business sense’ through its potentially immense savings.

The risks of subversion

However, there are trade-offs that need to be considered when it comes to implementing circularity ideas, in terms of design and business implications.  While these models have a significant role to play in sustainable resource management, they are not without limitations.

The companies that get certified as C2C or placed on the list of ‘good practice’, often still focus on minimising damage, recycling – and once again, eco-efficiency, rather than fundamental change.

The aspirations of many commercial companies still tend to be supportive of the endless growth model.  For example, while the Ellen MacArthur foundation states in its mission that is sees circular economy as a ‘new engine of growth’.  This ‘growthism’ itself as an unsustainable ideology, as Haydn Washington has emphasized, since any subsystem of a finite non-growing system must itself at some point also become non-growing. Also, some of the companies listed on Ellen MacArthur website seem improve one small part of their operation, without the needed overhaul of the entire supply chain, mode of operation and the radical change in product materials.

Without being realistic and pragmatic about the projection of continuous material demand, all these models need to be critically evaluated for the long-term. The steady state economy perspective also calls for the recognition of twin forces of population and consumption, and the need to address difficult questions in relation to the moral responsibility toward future generations and the natural world. Thus, optimistic prescriptions and the apparently ‘simple and easy’ approach need to be treated with caution. Without strict measures counteracting population growth, any efforts at innovation in production, including that of circular economy, are likely to fail.

Despite these difficulties, it is important however not to ‘throw the baby out with the bathwater’. The Cradle to Cradle and Circular economy frameworks do go way beyond mainstream sustainability strategies – but they do have a long way to go in practice. It is thus crucial to make a distinction between ideal practice, possible practice and subverted practice. Applying this to the idea of teaching sustainability – one of my key areas of research – we, as lecturers and researchers and hopefully the agents of sustainability, need to be aware of these potential pitfalls. Good examples are not hard to find, as they can be historically found everywhere in the form of pre-industrial production systems. This does not mean that producers and consumers should revert back to pre-industrial life-style, nor that the producers will be put at a disadvantage selling products from ‘retrogressive’ design.

To be meaningful, ‘sustainable business’ must be based on an understanding of the environmental crisis we face, and the need to change the consumer throwaway culture, and vastly reduce the throughput of materials. The circular approach is potentially a highly useful approach provided it remains true to the original idea and is not subverted to the cause of continuing an unsustainable business-as-usual model.

More generally, it is not a disgrace to admit that humanity made a mistake 200 years ago regarding certain ”blessings” of the industrial revolution as ‘progress’, while actually producing the cradle to-grave products. What is 200 years in the course of human history of production? It is time to go back to the ‘tried and true’ circular systems our ancestors understood.

Dr Helen Kopnina is currently employed at The Hague University of Applied Science in The Netherlands. She is a coordinator and lecturer of Sustainable Business program, and a researcher in the fields of environmental education and environmental social sciences. Dr Kopnina obtained her PhD in Social Anthropology at the University of Cambridge in 2002. Kopnina is the author of over forty peer reviewed articles and (co)author and (co)editor of ten books, the latest of which is “Sustainability: Key Issues” (Routledge 2015).