The legacy of the Responsible Mining Foundation: in conversation with Hélène de Villiers-Piaget 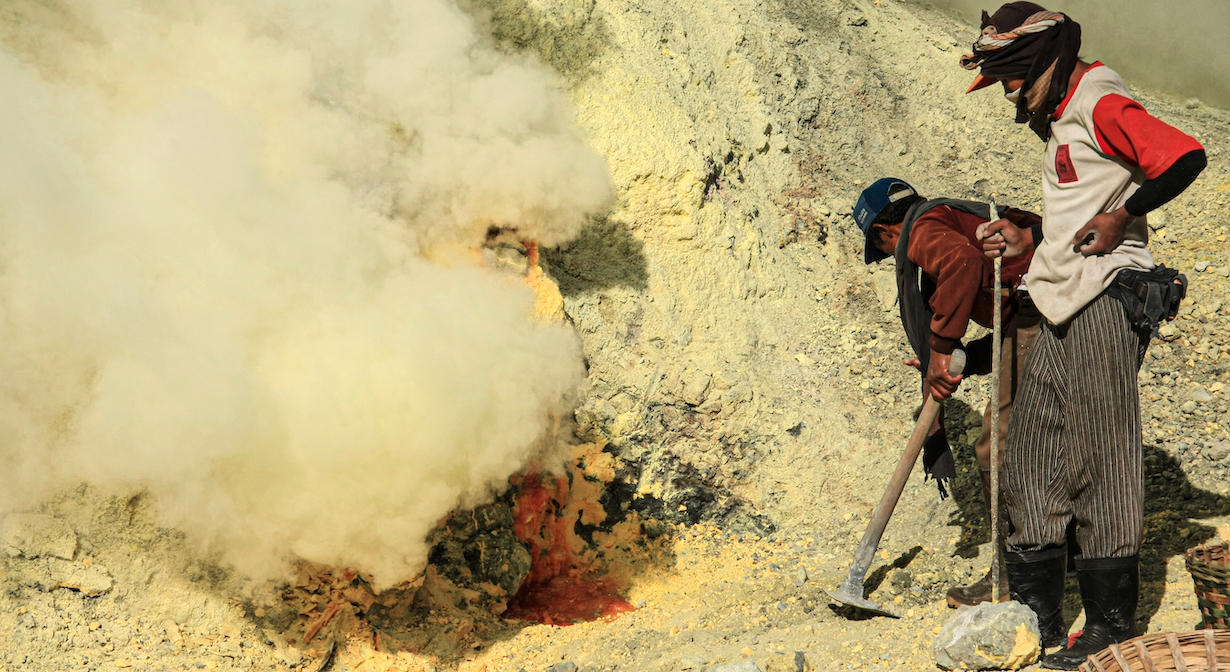 A few months ago the Responsible Mining Foundation (RMF) announced that it will close due to lack of long-term independent funding. For many familiar with extractive issues, this news has reinforced the importance of what RMF was trying to achieve – the normalisation of responsible practices. A recent media article sums it up well:

Miners around the world have long touted their adherence to ESG regulation and legislation, but until the last decade few external bodies worked to hold them to account. The Responsible Mining Foundation (RMF) looked to change this, and worked to ensure that miners of all sizes were complying with both their own claims and widely-accepted standards of behaviour, until its closure later this year.

We spoke with Hélène de Villiers-Piaget, CEO of RMF to hear her views on the legacy of the Foundation.

Thanks for joining me Hélène – let’s start at the beginning. What can you tell us about the birth of RMF? Why was the Responsible Mining Foundation founded, and with what objectives?

Thanks Emanuele. The original idea for an organisation like RMF came from a realisation that despite existing standards, international principles, reporting frameworks and industry initiatives, mining extraction was still causing harm in producing countries and many of those countries were not seeing the potential economic benefits that might drive economic development. At the same time companies felt that the ESG efforts they were making did not have a platform where leading practice could be acknowledged.

Inspired by the Access to Medicine Index, RMF was founded with the aim to articulate what society at large expects from mining companies, and provide an independent comparative assessment – to highlight leading practices and to show the gaps between industry practices and society expectations. From 2015 onwards we consulted with a vast range of stakeholders, including mining-affected groups in over 20 producing countries. This was really important groundwork for us, to enable the RMI Framework to articulate a comprehensive and salient perspective of society expectations for mining companies. So risk of harm to society and the environment was the starting point to ensure that mining benefits the people and environments of producing countries.

The founders also insisted on the independence of the Foundation from the mining industry to allow RMF to articulate society expectations without reserve and set the pace for the industry on emerging issues. As well as an emphasis on credibility through evidence-based results and data and a broad-based geographical footprint to level the playing field across geopolitical divides.

And based on those original objectives, what do you see as the impact of RMF on the mining industry?

That’s a really important question, and I’ll try to be succinct in giving some examples of RMF’s impact.

First, as I mentioned, the RMI Framework is an independent articulation of what society expects of mining companies and I think that in itself is a key impact – raising awareness among mining companies and investors beyond a narrow risk to business perspective. In fact many companies have told us they really appreciate this resource.

Second, RMF has put critical ESG issues on the table that would have been otherwise neglected. Examples here are the focus on mine-site-level action, where most mining-related harm happens to people and environments. And the issue of meaningful information sharing as a tool for levelling the power disparity between companies and other stakeholders.

Third, RMF has catalysed improved ESG performance by mining companies. In terms of transparency, for example, the companies included in the RMI Reports have made much more public interest information available in the public domain than they would have otherwise. To give you an idea, the number of documents available for the RMI Report in 2020 was 85% more than in the first RMI Report in 2018, with a further increase of 75% between 2020 and 2022. That’s a huge increase in public domain data. Beyond that the RMI Reports have also stimulated improvements in companies’ ESG policies and practices. Overall the assessed companies increased their results by 11% average between 2020 and 2022. And most encouragingly, the lowest tier companies increased their scores by over 40% on average. This is very unusual as lower performers tend to disengage from the assessments, but we really tried hard to keep the focus on companies’ individual performance based on continuous improvement, rather than creating a ‘race to the top’ that emphasises winners and losers.

Of course when we talk about the impacts we have seen, it is hard to prove they have come about because of RMF. But we do know, from what companies have told us, that they have used the RMI Reports to guide their ESG efforts including at board and executive level, and the CEO of one company uses their RMI results (rather than sustainability ratings) in the calculation of executive bonuses.

Personally, I am convinced that these kinds of impacts have been possible because of RMF’s operating model that has comprised two complementary work streams – one on research (the RMI Reports and other studies) and one on stakeholder engagement and capacity building (to leverage the research results). And because we provide the results in full detail, disaggregated to specific indicators, it enables companies, investors and others to see exactly where the opportunities for improvement lie. And of course publishing in 6 languages helps to broaden the impact.

And at a somewhat higher level, what are the major findings that the RMI Reports and other complementary research have revealed?

In terms of the main findings, I would highlight three. First, the lack of mine site data. That has been a key finding of the RMI Reports since 2018, and it remains a major gap. Second, as we like to remind companies, ‘It can be done’. If we look at the companies as one group, there are plenty of examples of good practice. If companies would adopt the good practices of their peers, they would be much closer to fulfilling society expectations. And third, voluntary action by the industry is not going to be enough to normalise responsible mining. External requirements are needed, in the form of legislation, regulations, etc.

Behind these findings, our research has shown some ways in which standard operating norms are limiting progress on responsible practices. As one example, we have seen that companies tend to view affected communities in a project management mode. In other words, they appear to regard communities as ’risks to be managed’ rather than as neighbours with shared challenges. And one sees few efforts to level the power disparity that overwhelmingly favours mine operators. Another example is the overly cautious approach we have seen among many companies when it comes to sharing public interest information. This caution often seems to stem from the legal department or unchallenged cultural behaviour that classifies information as confidential by default, without consideration of whether it really needs to be so – and the opportunities that shared information offer for trust building with investors and mining affected stakeholders.

Turning now to the legacy of RMF. What legacy do you feel will have been left by the Responsible Mining Foundation?

What comes to mind first is the fact that we have included the views of mining affected peoples in the research and public engagements. Then, that we have helped put the word ‘harm’ back on the table. For many years this has been a taboo topic, and due to RMF’s work on the harmful impacts of mining also in the context of the SDGs, it is now being openly discussed by industry and other stakeholders. That is a legacy that one hopes will continue to guide perspectives in the face of industry efforts to position extraction as a green and future-facing industry.

On another basic issue, we have articulated the importance of meaningful information-sharing. We have spelled out the five reasons why it matters: to strengthen the credibility of company commitments and claims, to reduce the power disparity between companies and affected stakeholders, to enable informed engagement and agenda-setting between stakeholders and companies, to improve trust between companies and other stakeholders, and to support industry-wide peer learning. While some still challenge the value of transparency, RMF’s work on this issue has definitely improved awareness of why public interest information needs to be in the public domain.

Linked to this point, I think RMF has played a key role in highlighting the need for mine site data. There is now broad acceptance of the fact that mine site data matters and many industry associations are encouraging their members to move in that direction.

Still at the mine site level, RMF created the Mine Site Assessment Tool at the request of mining-affected people looking for a much-simplified version of the RMI assessment. This Tool is actively being used by local groups in a number of countries as an entry point for engagement with mining operations on matters that matter to local people.

I’d like to mention here that the Mine Site Assessment Tool, the RMI Reports and all the other material that RMF has produced will continue to be freely available as a public good for some years to come. This will enable RMF’s work to live on in the public domain to carry on its legacy.

Talking of the future, what do you see as the future of responsible mining? From your perspective, what is missing and urgently needed?

I can answer that big question by pointing to RMF’s recent Closing the Gaps report, that looks at what is needed most for accelerated progress on responsible mining. In summary, we acknowledge that extraction is an essential industry, but there are some systemic contradictions and tensions that get in the way of progress. These include first and foremost societies’ conflict of conscience about mining. We rely on metals and minerals yet we are aware of the potentially harmful impacts of mining. And while mining continues to expand into new geographies, we need to bear in mind the earth’s environmental carrying capacity. Another serious tension results from the fact that justice is often poorly served, remedy is very difficult to access and as a result trust remains highly elusive for the industry. And finally, there are strong conflicts of interest among governments (between regulating company practices and encouraging foreign direct investment) and among investors (between making profit and pursuing sustainability principles).

What is clear is that there are plenty of opportunities for systemic change. And we consider a number of these opportunities in the report. We also offer four indicators that can be used to help show when real progress is happening. These include: (1) ESG-led business models within mining companies; (2) the normalisation of meaningful information sharing; (3) a rights-based approach to the prevention of harm; and (4) an international instrument on extractives.

Ultimately though it is up to all of us as citizens and consumers to ensure that society’s demand for metals and minerals does not continue to come at the cost of harm and injustice to people and environments.