WRF at WEF: “The faster you walk the more important you are” 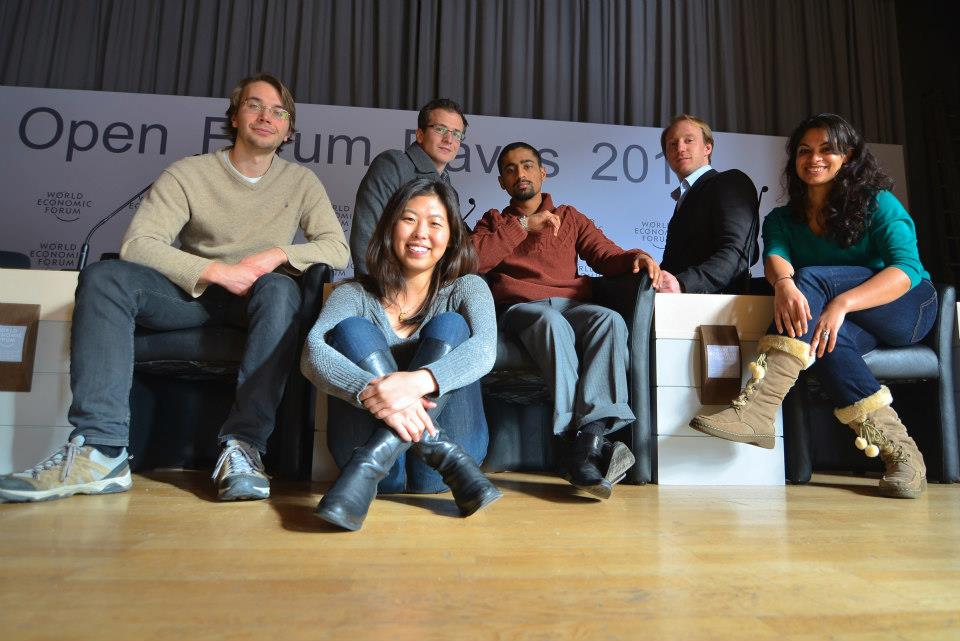 Davos, 27 january 2013 Going into the World Economic Forum (WEF) and the Open Forum at Davos, it’s best to have a strategy laid down. Make sure you know the faces of the people you want to meet, the people you’d like to avoid, and those you’d have to chase.

Being both a student reporter and a representative of the World Resources Forum, I effectively had two cards to play – coming in either as a journo or as an NGO rep. This allowed a broader scope for conversation. More often than not the term journalist or reporter brings an immediate wall of hesitation between you and your conversation partner so the term NGO rep. was occasionally a little more conducive for ice breaking.

The atmosphere at the WEF is tensed; a tensed excitement that is. Everyone’s looking to be seen chasing everyone else; a rather chaotic networking spree, which as Tom Hulme describes it, Elite Speed Dating. The annual meeting is effectively comprised of high-school cliques. Plenty of people know each other and enjoy their respective social circles while on the other hand, you’ve got others coming up to you and staring at your badge making sure you’re either important or someone they were looking for. The rule of thumb in Davos is that the faster you walk, the more important you are. So if you choose to stand around and observe, people will walk past you – fast.

Now on to the issue of resources, because at the WRF, that’s what we’re about. There was much said at the WEF on the topic. Sustainable consumption is a key topic and dealt with by the WEF fairly often. However amongst everything that’s happening at the WEF, it’s rather hard to bring it to the forefront. Resource use although a pressing issue, may be preceded by the Israel-Palestine conflict or the role of the BRICs in the current economic climate. Resources are important, but perhaps not as important as other factors. An intriguing panel at the Open Forum Davos was on Mega-Sporting events. The topic was with regards to bringing the winter Olympics to Davos, Switzerland. One of the panelists argued that the winter Olympics were rather less resource intensive and less harmful to the environment because all you need is snow and ice – which you already have. Regardless of the veracity of the statement, it comes off a little brash without much forethought. It was more question of Switzerland’s ability to host an Olympic games as opposed to the environmental impacts that could occur because the Olympics would occur “anyway”. Such arguments were a little disheartening to the cause of reducing resources intensity.

On the topic of panels, a particularly stimulating one was on the nature of NGOs in the 21st century. Kumi Naidoo, heading Greenpeace, stepped in with the question of why – why must we talk about accountability of NGOs?  Their institutional structures? Why should we restructure them? When instead we should be doing that to the private sector – which clearly was the source of the problem, the NGOs were but trying to solve them. Mr. Naidoo did touch on one particular topic, the question of whether NGOs were growing stagnant. More often than not many NGOs tend to grow stale because their leaders had been in position of powers too long resulting in hesitation to evolve. Such thought provoking sentiment was plentiful in such panels. That being said, the World Economic Forum itself, can be described as a ‘once in a life time’ experience. It’s so good that most of attendees return every year. The term Davos veteran is used often to describe such folk.

The WEF’s a genius of an invention. It’s a global platform for everyone who’s somebody to get together. It’s a party; networking event; and deal-making conference. It’s grown and broadened significantly from what it was designed for – a management forum. Today the topics it deals with range from geographic conflict to religion’s role in our world. Arguably however, to help us progress into a more sustainable world, it could use a little help.

This is where the World Resources Forum steps in. There is a demand – be it perhaps underlying – for a platform on the issue of resources and sustainability because the subject deserves to be handled in depth. Talking resources in a multistakeholder setting. The WRF has been catering and responding to this demand, one conference at a time, with the idea of bringing together both the high profiled magnates, and the concerned voices on the street.