Back To Home
General Announcements February 14, 2015 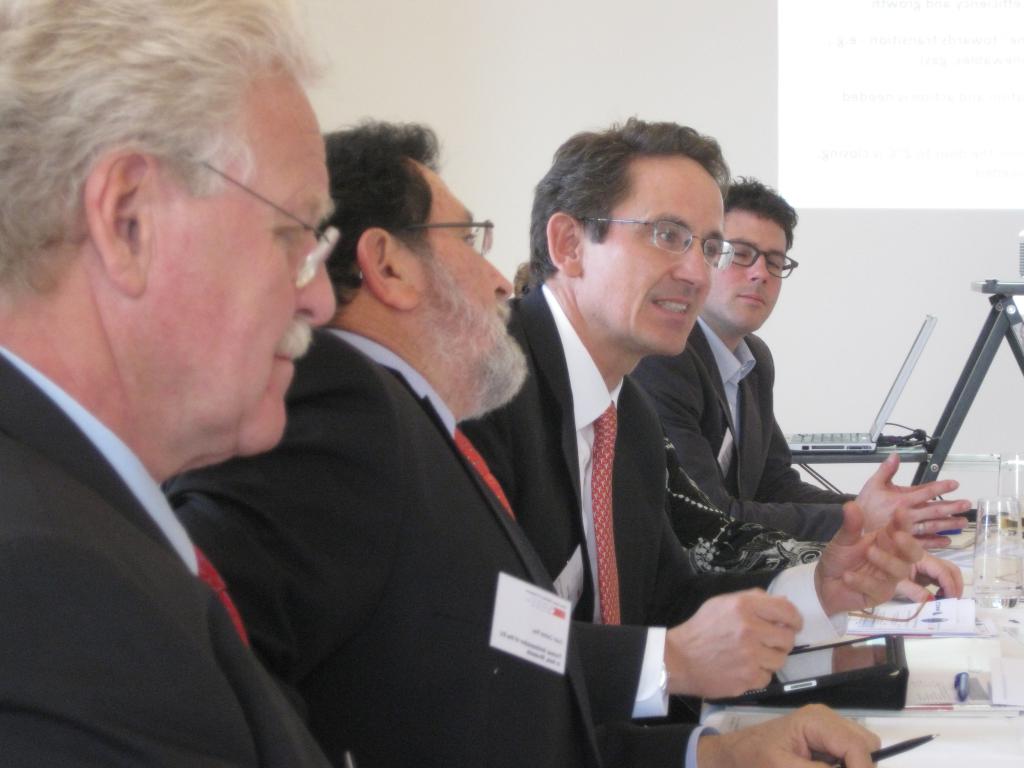 Rorschacherberg, Zurich, 21/22 March 2013 Two Swiss Asia Environmental Forums were held, respectively in the Wartensee Castle, Rorschacherberg, on 21 March, and in UBS conference centre in Zurich on 22 March. The twin meeting – the same speakers adressing two different audiences – were organised by the Swiss Asian Chamber of Commerce and supported by the World Resources Forum.

The participants were discussing the importance of growing Asian markets for Swiss and European companies and exploring business and investment potential, supporting leapfrogging towards  a Green Economy.

The speakers gave scientific presentations and examples of business cases to show opportunities for entrepreneurs in the areas of renewable energy, waste energy and future foods as well as why South-East Asia might be a decisive influence on future global developments. Download conference flyer. “The Future of Food – The new Challenge for Entrepreneurs” was presented by Professor Roland Clift, Emeritus Professor of Environmental Technology and founding Director of the Centre for Environmental Strategy, University of Surrey, England. The main challenge that humanity has to face is shrinking land suitable for agricultural production as a result of growing population and expanding industrial activities. Meat production may be especially affected by this processes.

As Clift says, one of the solutions to the food scarcity, animal proteins in particular, may be producing artificial proteins in laboratories or including insects in our diets. This may be a business opportunity for entrepreneurs interested in nutrition.

Matthew McKinnon from DARA, a climate change NGO from Geneva, presented their efforts related to promoting and raising awareness on global climate change in developing countries.

H.E. Juan Carlos Rey, former EU-Ambassador, Brussels,  stressed the moral responsibility to transfer clean technologies from the West to Asia, since developed countries are partially responsible for the environmental problems caused by moving their manufacturing operations to that region. The Swiss Asia Environmental Forum is a good place to address this topic, he said.

Dr. Xaver Edelmann, President of World Resources Forum stated in his Wartensee presentation that the Green Economy concept boils down to “doing more with less resources”. He explained that economic growth must be decoupled from resource use, and that sustainability demands a balance between social, environmental and economic aspects. These three spheres should be always taken into account in order to ensure benefits for different stakeholders. Several other examples for existing environmental issues in Asian countries were raised, e.g. loss of arable land, scarcity of drinking water, problems with increasing municipal waste and constant lack of energy due to increased demand and low supply.

Dr. Pankaj Agarwal, Founder & Managing Director, Panitek AG, Vaduz gave a presentation on how lack of energy hinders the development of India. This problem could be solved by investments in renewable energies and green technologies made by European entrepreneurs. Agarwal wants to provide a bridge between Small and Medium Enterprises and the South Asian market to facilitate expansion of European Clean-Tech companies in the region.

Another potential solution to the lack of energy and at the same time increasing municipal waste and scarcity of land, gave Sabine Nowak from Five Elements Capital. She presented a business case where converting dumps into land used later for urbanisation as well as producing electricity from waste could be an alternative to the current waste management practices.

Both meetings ended with a presentation by students from University of St. Gallen about the “Liter of Light” initiative. This simple solution – installing a bottle of water on a roof of a house where there are no windows – brings an eco-friendly source of light to communities living without electricity. The students send volunteers to different parts of the world where they are installing the bottles in poor districts of the cities and teach other people how they can do it themselves. Picture: Students from University of St. Gallen presenting the initiative “Liter of Light”

The meetings have shown that there are many opportunities for European and Swiss entrepreneurs to develop successful businesses in Asia that at the same time could bring sustainability to the region and start transition to the Green Economy. Further initiatives and meetings organised by Swiss Asian Chamber of commerce are hoped to result in successful cooperation between West and East and implementation of the presented ideas.