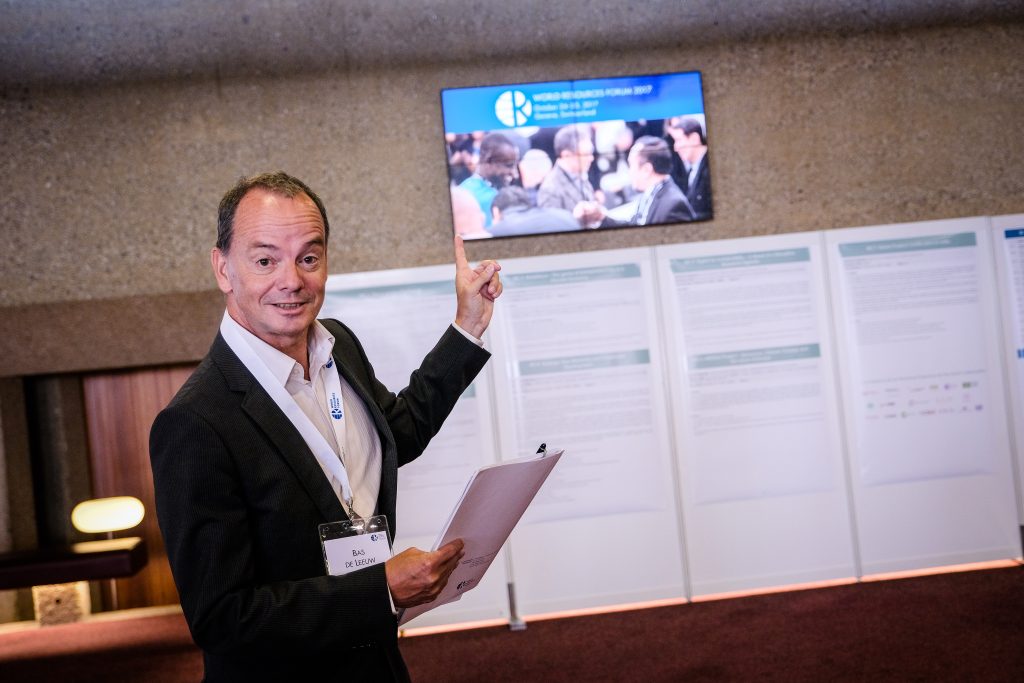 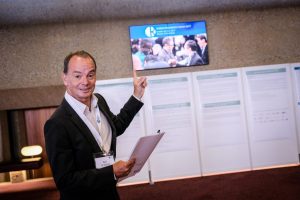 Winterthur, 30 November, 2017 The WRF Secretariat is delighted to announce that its Managing Director, Bas de Leeuw, has become a member of the Club of Rome. The Club of Rome’s Annual General Meeting, held in Vienna earlier this month, elected him as a full member. Full membership represents the highest level of recognition granted by this prestigious global think tank that deals with the world economic system, climate change, and environmental degradation. Its most wellknown report “Limits to Growth” (1972) is the top-selling environmental title ever and is seen as the start of global environmental debate. 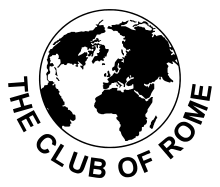 Through his work at UN Environment, the Sustainability Institute (currently Donella Meadows Project) and the World Resources Forum, Bas de Leeuw has been influential in raising awareness about and facilitating change towards holistic, systemic and long-term solutions for the global challenges facing humanity. He has brought together scientific experts and decision-makers in governments, business and the public, building upon insights and inspiration from both technical and social sciences.

In a reaction De Leeuw stated to feel “grateful and deeply humbled beyond any limits”. He hopes to contribute to the ongoing work of the Club of Rome, “since the limits to growth are more visible than ever, but yet even harder to tackle it seems.”

“I want to see a future without any limits. A future in which we all can grow as human beings unrestricted by environmental, physical and social constraints. We are able to improve everybody’s quality of life on the basis of resource-efficient and inclusive technologies, practices and lifestyles. We simply know this is possible. Options for “doing more with less” with a factor 4, 10 and beyond exist and these have for long proven to be viable. The knowledge and means to eradicate poverty and to provide really everyone in the world with a meaningful life in dignity are there. We know how to do it. We can do it. Now we only need to really want it.”

Twenty years ago Bas de Leeuw started to develop UN Environment’s Sustainable Consumption and Production (SCP) program in the leadup to the World Summit on Sustainable Development, held in Johannesburg in 2002 and he helped initiate the UN Marrakech Process. He led the negotiations on behalf of UN Environment at the first review meeting in Marrakech in 2003, with Viveka Bohn, then Sustainable Development Ambassador of Sweden, as one of the co-chairs.

The Marrakech Process resulted in the 10-year framework of programmes on sustainable consumption and production patterns (10YFP). This is a global framework of action to enhance international cooperation to accelerate the shift towards sustainable consumption and production in both developed and developing countries, and has been adopted as one of the 17 Sustainable Development Goals at the United Nations Sustainable Development Summit in 2015.

De Leeuw: “None of this early work on SCP would have been really successful without the passion and hard work of colleagues at UN Environment, in particular Jacqueline Aloisi de Larderel, Anne Solgaard, and later Adriana Zacarias, as well as the support of key partners, such as Anna Fielder and Bjarne Pedersen of Consumers International, and Helen Ågren and Marjo Nummelin of the Swedish and Finnish governments.”

Leading up to its inaugural meeting in Budapest in 2007 Bas de Leeuw had a prominent role in initiating UN Environment’s International Resource Panel (IRP), and he became Head of its Secretariat, with Ernst Ulrich von Weizsäcker as one of the co-chairs. The Panel consists of eminent scientists, highly skilled in resource management issues. Its reports distil the latest scientific, technical and socio-economic findings around global resource use. 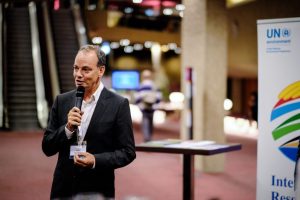 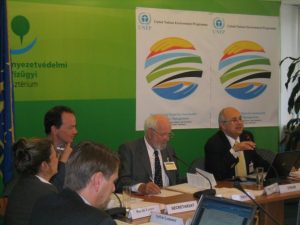 The IRP celebrated its ten-year’s anniversary at the recent World Resources Forum 2017, held in Geneva last month. At this occasion De Leeuw praised the crucial work of his UN Environment colleagues Guido Sonnemann and Janet Salem, and partners at the European Commission, in particular Timo Mäkelä and Werner Bosmans, in the early phases of this initiative.

Before joining the Swiss based World Resources Forum and overseeing its transformation towards its current status as an influential international NGO, renowned for its “sizzling” annual flagship conferences and its global multistakeholder dialogue projects and initiatives, Bas de Leeuw was Executive Director of the Sustainability Institute in Hartland, VT, USA. 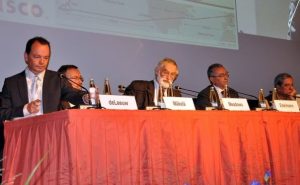 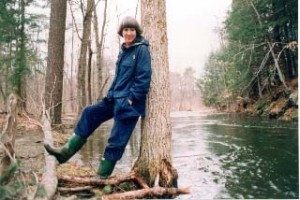 In an introduction speech in 2009 Bas de Leeuw acknowledged the founder of the Sustainability Institute, Donella Meadows, who passed away in 2001, by saying that she “was showing how the world could do better, choose other paths of growth. We would now call this ‘decoupling’ (…) But she also dared to write about resources without any limits: creativity and love. Those resources are not scarce, rather a huge untapped potential.”

About the Club of Rome

The Club of Rome is an organisation of individuals who share a common concern for the future of humanity and strive to make a difference. Its members are notable scientists, economists, businessmen and businesswomen, high level civil servants and former heads of state from around the world.

The Club publishes high-quality peer-reviewed “Reports to the Club of Rome”, the most famous of which is “The Limits to Growth“ (1972). The Limits to Growth is a 1972 book about the computer simulation of exponential economic and population growth with finite resources. It was first presented at the St. Gallen Symposium. Its authors were Donella H. Meadows, Dennis L. Meadows, Jørgen Randers, and William W. Behrens III. The book used the World3 model to simulate the consequence of interactions between the Earth’s and human systems.

The Club of Rome’s mission is to promote understanding of the global challenges facing humanity and to propose solutions through scientific analysis, communication and advocacy. Recognising the interconnectedness of today’s global challenges, our distinct perspective is holistic, systemic and long-term.

The Club of Rome was founded in 1968 by Aurelio Peccei and Alexander King. Its current Co-Presidents are Anders Wijkman and Ernst Ulrich von Weizsäcker. Its Secretary General is Graeme Maxton. Find here the profiles of all its members. 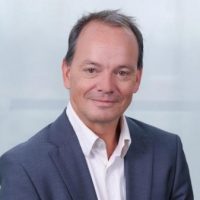 Bas de Leeuw is Managing Director of the World Resources Forum (WRF), based in Switzerland. WRF is wellknown for its annual flagship conferences, as well as for multistakeholder dialogue projects such as the EC Horizon2020 FORAM project (Advancing the idea of a World Forum on Raw Materials) and the ISO IWA program SRI (Sustainable Recycling Industries). Before joining the WRF in 2011 he was Executive Director of the Donella Meadows Institute, based in Vermont, USA.

Bas has been a diplomat for the United Nations Environment Programme (UNEP) from 1997 to 2009. Based in UN Environment’s Economy Division, Paris, France, he has set up and managed a number of new UN initiatives, such as the Sustainable Consumption Program, the Marrakech Process on Sustainable Consumption and Production, the International Life Cycle Panel, and the International Resource Panel. He served as Head Strategy Unit respectively Head Integrated Resource Management, and was Head of the Secretariat of both the Life Cycle Panel and the Resource Panel.

Bas has also worked as a National Expert for the OECD on sustainable consumption policie and has held various positions in the Dutch government (Ministry of Economic Affairs respectively Ministry of Infrastructure and the Environment) between 1985 and 1997.