“There are no technical barriers for a future without oil, gas or coal” says Martin Faulstich at WRF Conference 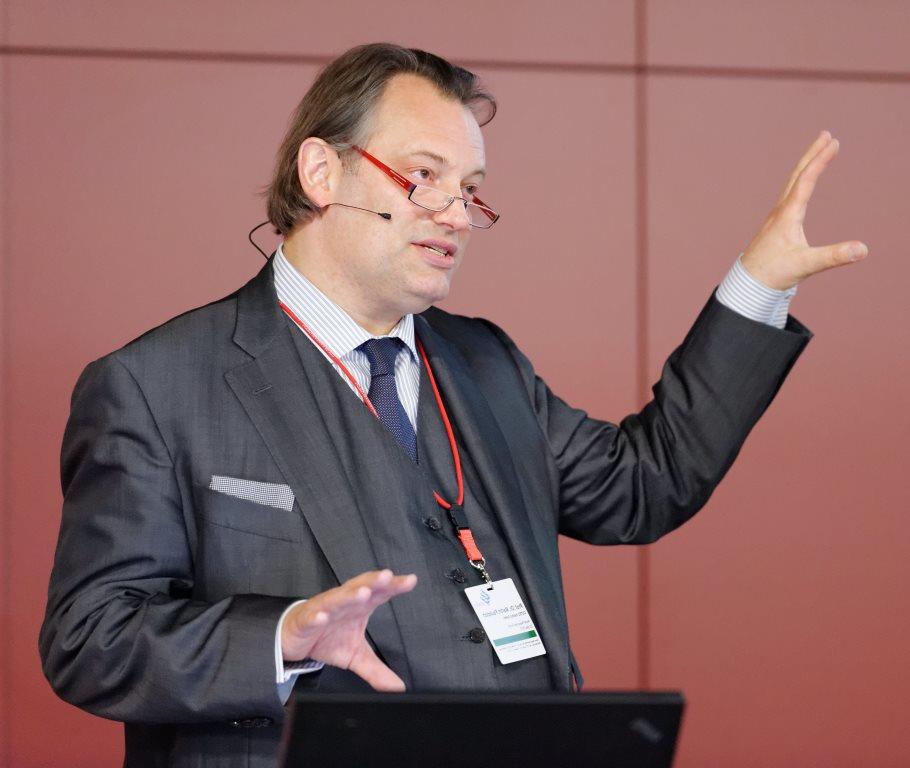 St. Gallen, 23 May 2013. “There are no technical barriers for a future without oil, gas or coal”, Martin Faulstich, Chair of the German Advisory Council on the Environment, said in his speech for the WRF Energy Conference, held at the “Energiemesse” in St. Gallen. Helga Weisz, Potsdam Institute For Climate Impact Research, showed the important role that cities have in achieving the potential for renewable energies. The WRF will showcase the lessons learnt at its next global conference, to be held in Davos, October 2013.

After introductory remarks from Xaver Edelmann, President of the WRF and member of the Board of Directors of Empa, and Klaus Mueschen, German Federal Environment Agency, Martin Faulstich, Chair of the German Advisory Council on the Environment energised the audience with a powerful plea for an Energy and Resources Revolution. Forty years of policies promoting energy and resource efficiency, he exclaimed, have indeed led to great innovations and activities, resulting in products such as cars and refrigerators using less energy and resources, but “we are simply using more of these. In total we still use too much energy and resources, more than our Earth can sustain. The big problem is now not so much that we risk running out of oil and gas, but that our planet simply cannot bear the increasing amounts of CO2. It seems that politicians still have not got that message, because they keep concentrating on news about new ways and places for finding new reserves of oil and gas.”

It is possible to have a future without fossil fuels according to Faulstich. Our economies can for 100% be based on renewable energies, in particular sun and water, and for almost 100% on recycled materials. Households and industry can be fully based on regenerative energy sources. He gave the example of trucks, using diesel to drive to the highways, where they connect to the electrical grid. The metal and chemical industry can also fully be based on sustainable resources. A future without oil, gas or coal, he stated, can be accomplished as early as by 2050. “When our industries, in Germany but also in Switzerland, focus on developing those energy and resource efficient technologies we will not only save the environment but also create industrial chances which stimulate our economic growth and export.” Fredy Brunner, City Councellor St. Gallen reminded the audience that as early as 1972 the Club of Rome report on “Limits to Growth” was presented at the University of St. Gallen (HSG), and that the city of St. Gallen is at the forefront of cities in the world, aiming at realising a 2000 W Gesellschaft. No less than 146 measures are at the moment being implemented to achieve that goal, including decentralised renewable electricity generation, e-mobility, photovoltaic, combined heat and power generation, and geothermal energy generation. Helga Weisz, Potsdam Institute for Climate Impact Research documented the important role that cities can play by presenting a study from the Global Energy Assessment, which shows that many cities in the world, in particular the smaller ones, have a high potential to base their energy systems fully on renewable energy. She pointed to the need for better cooperation and support between local authorities and national and international governments.

The energetic Austrian entrepreneur Hubert Rhomberg showed with the example of the socalled Life Cycle Towers, made of wood, that significant reductions of resource and energy impacts are already possible today. Willi Sieber, of the Austrian Oekologieinstitut added that not only in the industry but also in the services sector resource efficiency gains can be made, for example by smarter mobility and construction and energy use in the tourism sector. Individual households and small and medium sized companies can each contribute more than they think, as Eva van der Want of the Climate Protection Partnership myclimate showed, by taking measures such as car sharing, recycling, compensation of CO2 caused by flying. She presented a project in Latin America where polluting and unsafe buses were replaced by a more sustainable system of cable cars. The conference has been a inspiration for many, so said Xaver Edelmann, not only for the participants but also for the World Resources Forum itself, which will showcase the  lessons learnt at its next conference, to be held in Davos, October 7-9, 2013.

The Secretariat of the World Resources Forum (WRF), which is based at the Empa premises in St. Gallen organised this international conference on global inspiration for local energy-efficiency, attended by more than 50 participants coming from governments and local authorities, scientists and researchers, business and NGO’s from Switzerland, Germany, Austria, The Netherlands, Italy, Finland, and the United Nations Environment Programme (UNEP).

Photo’s: Robert Stuermer. More pictures of the event can be found on our Facebook page.