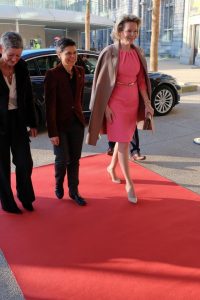 Antwerp,  27 Febuary 2019 Circular Economy is an enabler for climate policy. Over half of greenhouse gas emissions can be directly linked to our materials footprint. We have to link the agenda’s and break the silos. This is one of the main conclusions of World Resources Forum 2019, held in Antwerp, Belgium, from 25-27 February, organised by the Public Waste Agency of Flanders OVAM, and the Swiss-based WRF Secretariat.

Her Majesty the Queen of Belgium, Advocate of the Sustainable Development Goals (SDGs) attended the opening session and engaged in dialogue with international students who were brought together in an “E-Loop Challenge”, supported by Recupel. This bootcamp resulted in concrete proposals for designing out e-waste.

Flemish Minister for the Environment Koen Van den Heuvel stated that he saw two major priorities. “The first one is the fight against climate change. And it is crystal clear that we should not only look at our energy supply but also give a prominent role to materials and resources. The second one is cooperation. All societal actors need to be involved: government, academics, researchers, industry, civil society. There is no entrepreneur who does not think climate is important. There is no environmentalist who does not think jobs are important. I want to get all these people on the same page.”

More than 60% of our carbon footprint comes from the way we handle materials and resources. Extraction of raw materials, transportation of materials, the processing of waste, recycling losses, use of materials for construction or the production of consumption goods. This is one of the findings of the new OVAM-report “7 messages about the circular economy and climate change” that was presented at the conference.

If the world is to keep climate change at manageable levels before the middle of the century, changes in lifestyles are not only inevitable, but would need to be radical and start very soon. Considering current consumption levels, citizens in many industrialized countries would have to cut their lifestyle carbon footprints by about 80-90% or more, and some in emerging economies by about 30-80% within the next 30 years. This is the message coming from the study “1.5-Degree Lifestyles: Targets and options for reducing lifestyle carbon footprints”. The study was conducted by the Japanese research institute IGES in collaboration with the Finnish Innovation Fund Sitra and was launched at the World Resource Forum as well. The WRF conference participants recommended proper infrastructure, regulations, pricing, and education to achieve these targets. 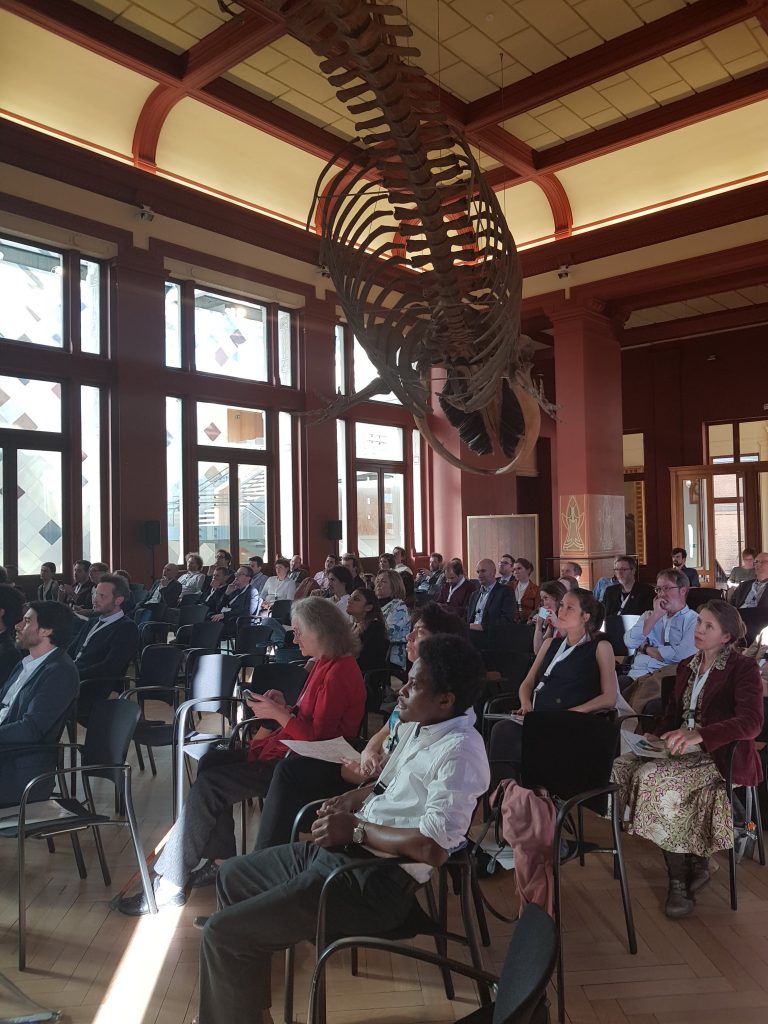 Bas de Leeuw, Managing Director of the World Resources Forum and Member of the Club of Rome welcomed the report as an important contribution to the newly released Club of Rome “Climate Emergency Plan” that sets out 10 priority actions for all sectors and governments. “With children and students taking to the streets and populists trying to derail the debate, this report is very timely” he added. “The report is crystal clear in its analysis and solid in its conclusions. Climate change and resources management are linked, you can’t solve the one without addressing the other. Consumers will indeed need to change their lifestyles, but they are not alone. Much of the reduced impact of their lifestyles needs to come from smarter and more resource efficient products and services.”

It was indeed widely recognised that the younger generation protesting in the streets puts pressure on decision makers to finally act and triggers broad societal debates. Meanwhile populists are trying to derail the debate with socalled “fake news claims”. These need to be met with solid reports and figures. Scientists and thinktanks however may become louder and less “nice”, as the new Club of Rome Co-President Sandrine Dixson-Declѐve put it. 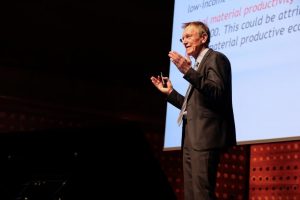 The conference showcased and welcomed many promising initiatives to achieve SDGs.Upscaling and mainstreaming was recommended, making them economic viable. Establishing a UN Convention on Natural Resources Management was advocated by many, including Janez Potocnik, co-chair of the UN International Resource Panel and former EU Commissioner for Environment.

With 60% of the population living in urban areas by 2030 it is urgently needed to rethink the concept of cities and resources, for the benefit of local companies and citizens. Local knowledge and action can need to play a vital role.

The conference recommended in its WRF19_Draft_Conclusions (download here) also establishing a global policy framework for soil and land management, whereby synergies can be created with biodiversity, agriculture, energy and climate.

Participants were invited to share comments and further suggestions in the next two weeks, before WRF and OVAM will publish the final outcomes, as well an integral report, speaker presentations, photos and videos and a full overview of all sessions organisers and speakers. Find here all information.

The conference had over 750 participants coming from some 70 countries and international organisations, who discussed in high-level plenaries and 41 “deep dive” sessions. Their scientific, economic and policy discussions were facilitated by live music (classical, jazz and rock), dance, sustainable food and drinks, circular fashion catwalk, cinema and sitting back or walking in the zoo or city.

Watch all WRF19 conference movies on our WRF YouTube channel.