Innovation and leadership are the keywords for the World Resources Forum 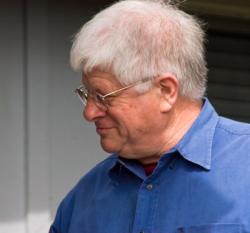 The World Resources Forum challenges its audience to speak about the resource crisis in positive language. Business is encouraged to implement the “innovation agenda”, and governments to show firm leadership. Individuals should do their bit, without necessarily having to become “green angels”.

This was one of the messages of Bas de Leeuw, Managing Director of the WRF, in a radio interview given to KOWS radio, a California based station in the USA.

Fundamental shifts in resource use and production require “governments doing what only governments can do: design and implement solid legislation and taxes” and business to produce better products and better information, said De Leeuw. He would welcome a similar sense of urgency with government leaders as they showed during the financial crisis of some years ago.

For business and consumers going back and “doing less” seem to be words of the past which have proven not to resonate effectively with the mainstream target groups. Economic growth remains necessary to more smoothly address poverty issues. However, a fundamental different concept of growth, based upon quality, customer orientation, resource-efficiency and diversification is needed. The full integration of the environmental issue in day-to-day decision making of governments worldwide is one of the major accomplishments of the last two decades of environmental policy deliberations on the global level. Fundamental system changes may be necessary, but, as De Leeuw observed, “who is in charge of our system? We have to be aware that we are all in charge, and that the system is changing every day, every hour, in so far that our preferences change as well as the weight we place upon issues of environmental protection and eradication of poverty”. He referred to Dana Meadows’ recent book on Thinking in Systems, calling the manuscript “unfinished work, yet to achieve its full potential”. Dana Meadows died unexpectedly in 2001, leaving behind the rough manuscript which her staff, Diana Wright, many years later edited and published. Bas de Leeuw has been the Executive Director of Dana Meadows’ Sustainability Institute until last year.

The interview was recorded live on June 20, 2011. Bas de Leeuw appeared in Ken Rose’s “What Now” show, which has extended interviews with “accomplished thinkers, writers, artists, farmers and scientists addressing the global crisis.”

Listen now to the interview: