Over 2000 participants at Circular Economy Green Week Event in Brussels 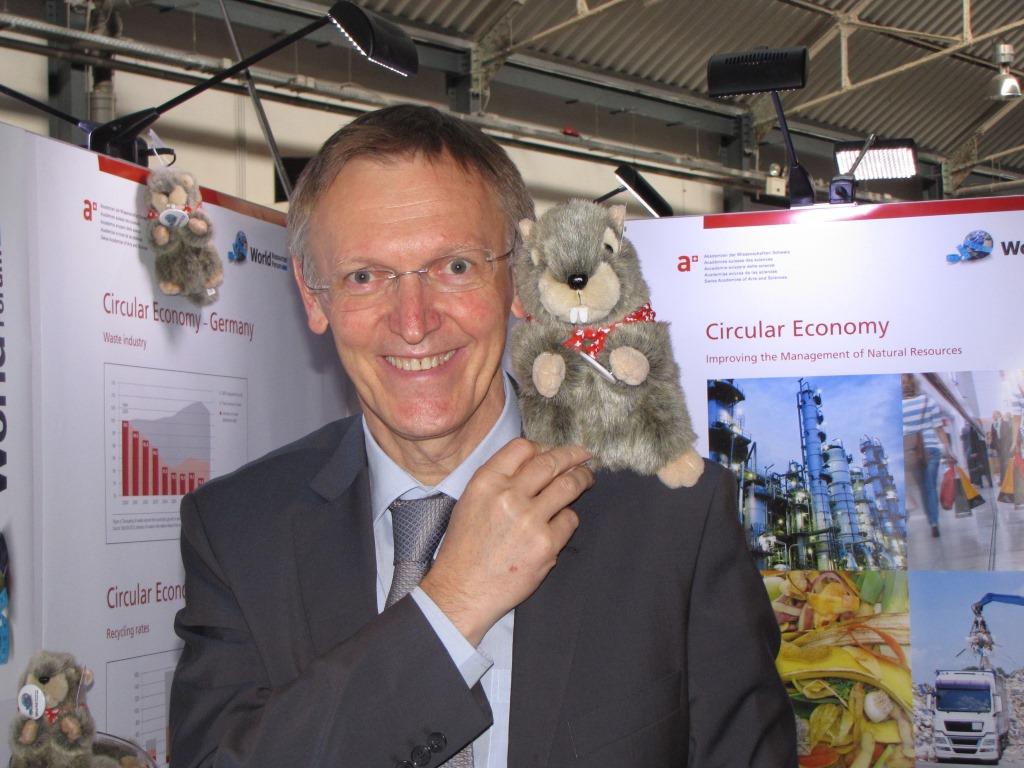 Brussels, 5 June 2014 “What we need is a fundamental shift in the socio-technical systems, as resource efficiency gains most likely are not sufficient” said Hans Bruyninckx, Executive Director of the European Environment Agency at the closing session of Green Week in Brussels. Only a sound transition from existing technologies to system innovation will allow us to meet the targets set by the EU for 2030 and 2050. The Green Week in Brussels in the congress centre The Egg was attended by over 2000 participants from June 3 to 5. Some of the main topics discussed around Circular Economy during the event were “framework conditions”,  “monitoring the state of natural capital”, “changing behaviour” , “entrepreneurial opportunities”, “cities”, “best practices”, “building sector”, “green jobs and skills”, “food systems”, “knowledge”, “eco-industrial parks”, “new business models”, “reduce water”, “marine litter”, “extended producer responsibility”, or “the role of communication”.

A number of side sessions provided specific knowledge about case studies, regional circular economy implementation or best practice examples. One of these side sessions in the Salon rouge was organized by the World Resources Forum, showcasing the three case countries China, Germany and Switzerland on their way to a circular economy. The outcomes of the last three WRF conferences in Davos and Beijing have resulted in a booklet on circular economy, produced together with SATW, the Swiss Academy of Engineering Sciences.

Prof. Yonglong Lu from the Chinese Academy of Sciences and member of UNEP’s International Resource Panel, showed through the example of green food production the complexity of implementing circular economy in China.

Martin Lehmann (WRF) talked about the success factors that have to be in place for a sound circular economy, and compared the three case countries. However different the approaches in a region or country can be, the final goal of a more sustainable planet remains the same.

Christopher Manstein from the German Federal Environment Agency, UBA illustrated how Germany managed to decouple waste volume from the economic output, and how circular economy is accompanied by a socio-economic metabolism.

Michal Miedzinski (Technopolis Group), highlighted a number of factors (e.g. geography, innovation, breaking out of locked-in systems, common vision) to be taken into account to speed up circular economy systems.

The SATW/WRF booklet on circular economy (available in English, French and German) was also presented at the WRF stand, which was frequently visited by Green Week guests over the three days. The WRF mascot, “Murmi” the marmot, was a real eye-catcher, and hundreds of hands were tempted to take one home as a souvenir. Unfortunately, these cute little pets are collectors’ items, and only meant as a present for speakers in WRF events. However, WRF organised a little tombola, which made three participants who had dropped their business card at our stand the happy owners of a Murmi. A survey among our stand visitors revealed that 67% of the participants think that the EU is doing enough about Circular Economy. The full questionnaire results can be found here. for the Environment, Janez Potocnik, who visited our stand on the last evening, was plenary speaker at the World Resources Forum Conference in Davos in 2011, and therefore given a delayed speaker’s present.

More information on Green Week is available on this link. More pictures are also to be found on our Facebook page. Or write to article author Martin Lehmann or Cecilia Matasci (contact details, see About us section on the website)