Get System Right and let Kids get Back to School, Bas de Leeuw says at UNECE 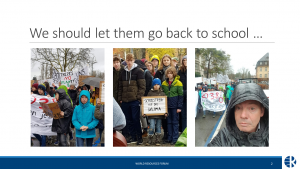 Geneva, 9 May 2019 Current protests in the street ranging from schoolchildren marching for more action on climate change at the one side and the yellow vests movement marching against increasing petrol prices at the other side should be seen as a wake-up call. We may witness the first signs of the social collapse that was projected by the Club of Rome some 50 years ago. We should let the youth get back to school, knowing that we are ready to start delivering on effective policies, based upon much better international cooperation, guided by system thinking.

System thinking has the power to identify leverage points: small but significant changes in the system that influence billions of daily decisions without having groups moralising about each other’s lifestyles. Conventions, multilateral agreements, regulations, “getting the prices right” and standards are the necessary elements of the improved governance that is highly needed. This was the key message of Bas de Leeuw, Managing Director of the World Resources Forum, speaking at a UN Economic Commission for Europe (UNECE) meeting in Geneva last week.

Increasing awareness and signs of hope

Bas de Leeuw, who is a former UN official responsible for the early development of the sustainable consumption and production agenda, now SDG12, reflected in his speech on the current state of resources for Sustainable Development. Twenty years ago, he said, we observed an increasing awareness about “the world behind the product”. We called it a sign of hope that governments and industry should build on. And even further back in history, fifty years ago, the Limits to Growth report to the Club of Rome was an early wake-up call. “To the contrary to what some people want you to believe”, De Leeuw said, “it was a report of hope. It showed various scenarios, some illustrating that society was heading towards a collapse by 2050, but that this could be easily avoided. This image of a social collapse meant to illustrate that trends in population, migration, food production, supply of materials and growth would no longer be in control with business as usual.”

“It looks like we keep sitting on crossroads. Not clever, a small child knows better.” – Bas de Leeuw

Business and governments did react, he went on, there are much better products and services, industry has embraced new standards and new technologies, governments have implemented better regulations, and “we see some modest attempts to introduce financial incentives.”

“But despite all the hope and the achievements we are today again at a crossroad. Some say we only have a few decades left to avoid disaster. It looks like we keep sitting on crossroads. Not clever, a small child knows better. If we had taken the appropriate measures we could have looked back now at a rather smooth succesful transition towards a livable planet. But we have not taken the appropriate measures. So what level of panic is required?”

Trapped in systems in which unsustainable behaviour is the norm

De Leeuw quoted the words of the young climate crisis activist, Greta Thunberg, who recommends to “treat the crisis as a crisis” and to “start listening to the rock-solid science (…) Then we could all go back to school”. He recalled that Greta is not pleased with signs of hope, but demands action. He observed that society is trapped in systems, in which unsustainable behaviour is the norm and default choice, widely accepted and in some cases even admired and considered “cool”. 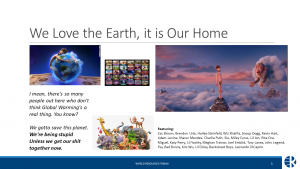 Such as the rappers and popstars who sing songs about the Earth but fly around the globe in private jets. And such as climate change experts flying around the world to give their talks and meet. “We need to meet people face to face. This is a very normal human desire and it is also often necessary to work out difficult issues together. So we all face individual dilemmas, and groups are blaming each other.”

He recommended to zoom out and see the whole picture. “Just like one needs to zoom out in Google Maps to see where to go, we need to see the whole system, all elements and flows, and where these come together and can be influenced. These are the leverage points, the right handles to pull and to intervene in the system. Small changes can work throughout the whole system and to as much as actors possible.”

Examples of such powerful handles, he said, are regulations and taxes. Without proper regulations and correct prices “it requires tremendous awareness raising efforts and campaigns, moralising, scapegoating, marching in the streets, twitter wars, to bring about the right changes. One even risks to alienate ordinary people, who in principle have nothing against the environment, but who simply do not want to be told by anybody how to live”. 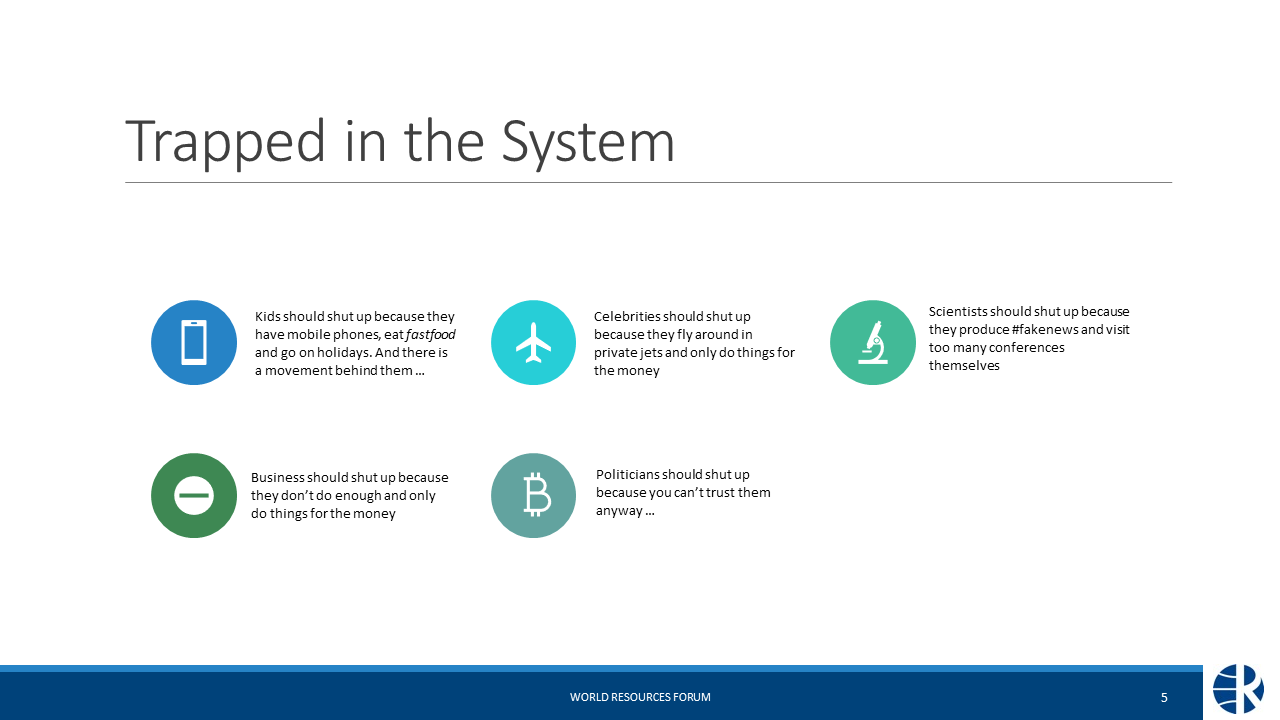 The key issue of governance and stepping up international cooperation has been set as overall priority for the current work of the World Resources Forum. A conference on this issue will be organised in Geneva, October 22-24, 2019, and outcomes will be building upon the work of the UN Environmental Assembly and reports by the International Resource Panel and One Planet Network. 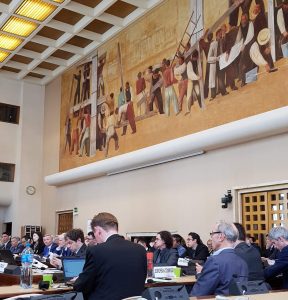 UNFC and UNRMS together offer a comprehensive, integrated, global tool kit for sustainable management of minerals, petroleum, renewable energy, anthropogenic resources and injection projects for geological storage such that all related activities including production and utilization are aligned to the Sustainable Development Goals. The tool kit provides the classification, standards, guidelines and best practices for effective and efficient management of resources that targets good social, environmental and economic outcomes. The Expert Group on Resource Management (EGRM) (formerly known as the Expert Group on Resource Classification), which is responsible for the development and promotion of UNFC and UNRMS, met for its tenth session from 29 April–3 May 2019 in Geneva, Switzerland. Several dedicated workshops and training courses on the sectoral application of UNFC and UNRMS took place on 29–30 April. A key focus of the workshops and meetings was to take stock of the use of UNFC in different countries and take the necessary steps to strengthen UNFC and UNRMS as useful tools for resource progression that will assist governments in national resource management and companies in policy formulation and business process innovation, as well as facilitate capital allocation and sustainable development implementation. UNFC and UNRMS are now being applied or considered for application globally for the integrated management of energy and raw material resource projects. “UNFC for Africa” and “UNFC for Europe” are initiatives led by the African Union Commission and the European Commission respectively for continent-wide application of the system. UNFC has been bridged to the national classifications in Russia and China and is directly applied in numerous countries worldwide.Find all information about UNFC and Sustainable Resource Management on the UNECE website.

Sign up for:
WRF Conference News
(4-6 emails per year)